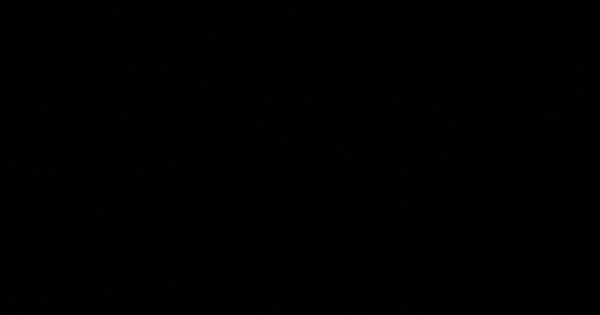 By continuing you agree to receive Avaaz emails. Our Privacy Policy will protect your data and explains how it can be used. You can unsubscribe at any time. If you are under 13 years of age in the USA or under 16 in the rest of the world, please get consent from a parent or guardian before proceeding.
This petition has been created by Bodhi K. and may not represent the views of the Avaaz community.
x

It is no secret that Weymouth has a bias towards favoring the police as an establishment. This pro-police culture has seeped into our school system as well.
The function of school is primarily for it to be a place of learning. Students of color feel upset, uncomfortable, and threatened by displays of police flags. Having such symbols distracts from learning and contributes to a negative and charged school culture of hate.
We say now that it is a TRUTH that the police are a racist institution. It is a TRUTH that policing is based upon centuries of racial discrimination to Black people. And not acknowledging a racist system makes us unable to address the system.
Having the football team march onto the field with a gigantic blue lives matter flag has been threatening since the start of it. It has taken until now for students of color to finally speak up, but the fear and discomfort that flag evokes has been there since the start of its use. Football games are not just a school event, they are a community event. For us as a school to represent ourselves as in line with a racist policing system is not only disgusting, but makes many families see the school as an unsafe environment for their children to attend. On behalf of the community of Weymouth itself, this practice cannot and will not be allowed to continue in any way, shape, or form. When the football team marches with that flag, it moves from being contained in the school to a public event. This is why parents and members of the Weymouth community are also encouraged to share and sign this petition, and the voices of not just students, but members of the community must be listened to. Having this flag at a football game proudly presented as if it is some kind of trophy is needlessly incensory and cannot be tolerated.
Allowing such a flag to be had in any classroom by any teacher must end. It creates a hostile learning environment and is a racial threat. It is a threat to people of color and it is a threat to Black students especially. It is a message to people of color, that the teacher with such a flag believes in an organization that kills, brutalizes, and discriminates against Black people. It cannot be tolerated.
Students must be banned from setting their profile pictures as blue lives matter flags on google classroom. As we are in remote learning and many students have their cameras off, students of color are often exposed to the disgusting racist flag. Once again, it distracts from learning and makes students of color feel unsafe and unwelcome.
Staff must be banned from having blue lives matter stickers on their cars. Coming into the school, students of color see these cars of the very people they are supposed to be learning from and are threatened. This must be stopped.
Additionally, any symbol of racism, including the ss lighting symbols as well as confederate flags used by students must be banned. The only reason a school would need such racist imagery is for an educational class such as history. It is unacceptable for students to walk around with such symbols, threatening the safety of people of color and sending a direct threat to those people.
These demands for banning the racist blue lives matter flag and subsequent racist symbols must be met. We will not rest until all of these demands are met.

“I remember one time I was skipping class with another student, they are a POC. I am not. A staff saw us and asked for a pass we both said we didn’t have one. I was asked to walk to class while the other student was taken to the dean. Worst of all I am a student who regularly doesn’t attend class, the other student hardly skipped.”

“I remember one time I got called down to the Gold office and I started freaking out inside because I thought maybe I had gotten in trouble for something I didn’t do. I’m mainly and A-B student. I follow all of the rules and I go to class on time. I’ll admit one hundred percent that I’m kind of a stuck up because I want to stay on a teachers good side but the way my heart dropped when I walked into that office just reminded me that no matter how good of a student I am and no matter how well mannered I present myself, I’m still just another Black kid at WHS waiting to get in trouble or called out for something I didn’t do. When I got to the office I was asked about coming into school late earlier that morning even though I showed up to school on time almost every day. Turned out the mistook me for another Black girl and played it off by saying, “you guys look so much alike.” I assure you that we had nothing in common at all except maybe our skin color.”


The above are excerpts from testimonies anonymously submitted by Weymouth High School Students through the “pocatweymouthhigh” Instagram account. These two stories are about the all too common staff discrimination, and even though there are dozens of stories on the page, encompassing both staff and student racism that people of color at Weymouth high have to endure, it doesn’t even begin to address our concerns and our efforts to better our community and places of learning. These are included to show that students at WHS are deeply concerned with the climate of racism that is perpetuated by students and staff alike, as well as show that our concerns are not just words but experiences that are faced daily. Having the blue lives matter flags only add to the pain students of color face.

Today: Bodhi K. is counting on you