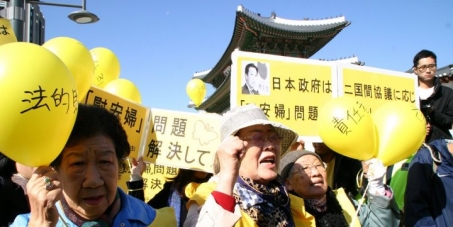 Starting with a resolution passed by the US House of Representatives in 2007, the EU and other countries passed similar resolutions urging the Japanese government to tackle this matter. But the Japanese government has never consistently claimed accountability for its use of sexual slavery in WWII , some leaders even claiming that there’s “no evidence” proving the forcible recruitment of 'comfort women'. Japan has also not properly compensated the victims, insisting that all payout claims were settled in postwar treaties with its former enemies.

The Japanese military sexual slavery system was a serious war crime and unless we bring justice to its survivors in all countries, similar war crimes against women could continue to occur in conflict areas. Recognising and addressing this historic injustice can be the foundation for peaceful relations between countries in the future. Let’s take action to show the seriousness of this issue to the members of the United Nations General Assembly.

Today: Jude L. is counting on you