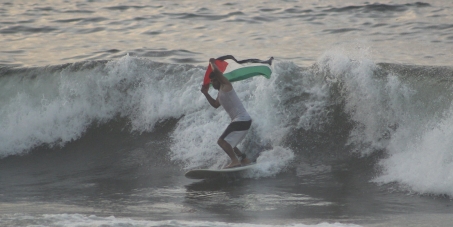 By continuing you agree to receive Avaaz emails. Our Privacy Policy will protect your data and explains how it can be used. You can unsubscribe at any time.
This petition has been created by Gareth S. and may not represent the views of the Avaaz community.

The people of Gaza are imprisoned in the world's biggest penitentiary where 1.8 million are crammed into the Gaza Strip which is only between 6 and 12 kms wide and 51kms long, just 360 sq.kms. The jailer is Israel with Egypt its willing helper. Air, land and sea space is controlled to such an extent that only the bare necessities of life are allowed in. Gazan fishermen are restricted to a 3 nautical mile limit and are regularly shot up by the Israeli navy. Israeli dieticians have calculated what is the minimum level of food for the population to not starve and only that is allowed to be imported. In the last 7 years Israel has three times blasted schools, mosques, homes, hospitals and the only power station using the most sophisticated weapons. Gaza is a pile of rubble inhabited by a deeply traumatised population and its children in particular need all the help they can get. Gaza City is a coastal town like Byron Bay and our tourist population swells to about 1.3 million a year. By twinning with Gaza we send a message of hope, we let them know that they are not forgotten and that many of us will stand by them and lobby on their behalf. By signing this petition you add moral suasion to this cause which will hopefully result in Council voting in favour.

Check out this description of Gaza by surgeon Dr Mads Gilbert. He says, "As a doctor, I say don’t send more bandages, don’t send more drugs, and don’t send equipment. Stop the bombing, lift the siege, treat the Palestinians as humans, include them in the human family, protect them by international law and find a peaceful political solution to the occupation of Palestine. That’s the preventative medicine of this mayhem that is going on."