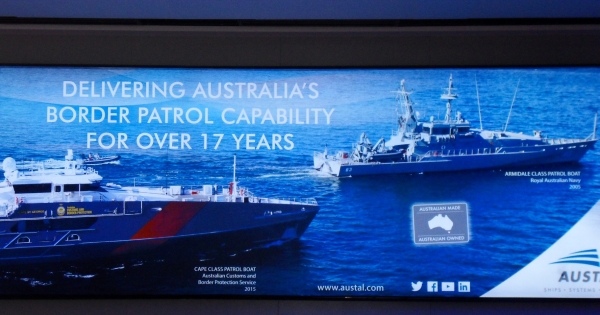 This petition is closed
1,156 have signed. Let's get to  2,000
1,156 Supporters
Sue W.
started this petition to
Canberra Airport Group

If you ever come through Canberra Airport, one of the main gateways to our national capital, you are likely to receive a "welcome" from some of the world's biggest arms manufacturers. Raytheon, BAE, Lockheed Martin, and Thyssen Krupps have all had big display ads there.

Austal is also there, proudly stating that its vessels are “delivering Australia’s border patrol capability”.

The ads are inappropriate.

The No Airport Arms Ads (NAAA) campaign has met with the airport management, who say that they refuse ads that they deem “offensive”. People who come from war zones might have very different views from airport executives on what is offensive. Canberra Airport are proud of their image in the community. Please sign the petition to show that arms advertising is unwanted and undermines their image.

Open arms, not lethal arms, for Canberra Airport. It's time for the arms ads to go!

Today: Sue W. is counting on you