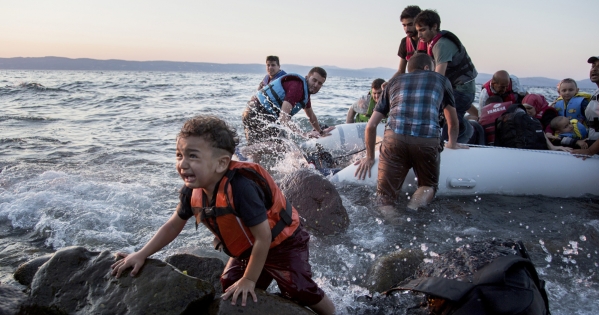 Award the Nobel Peace Prize to the people of Lesbos

By continuing you agree to receive Avaaz emails. Our Privacy Policy will protect your data and explains how it can be used. You can unsubscribe at any time.
This petition has been created by Diana I. and may not represent the views of the Avaaz community.

Sign this petition
Diana I.
started this petition to
Chair of the Norwegian Nobel Committee, Kaci Kullmann Five
It is always those who have little that give, those who have no means that help, those who look horror in the eye that hope. It is the people of Lesbos and other Greek islands in the East Aegean who, despite the ongoing fierce economic crisis, have fought with the waves to save the valuable lives of desperate
people fleeing the war zones of the Middle East, have provided safe shelter, warm clothing and food. It is the people of Lesbos who have provided consistent care and tenderness in welcoming the refugees.

I sign this petition because I want to bring to the attention of the Norwegian Nobel Committee that the ordinary people of Lesbos and the members of a few humanitarian organizations who are there to help, have been working for months with passion and dedication to relieve the human drama of the refugees, in a way that no Government or International Organization has done so far.

Today: Diana I. is counting on you

Diana I. needs your help with "Award the Nobel Peace Prize to the people of Lesbos". Join Diana I. and 14611 supporters today