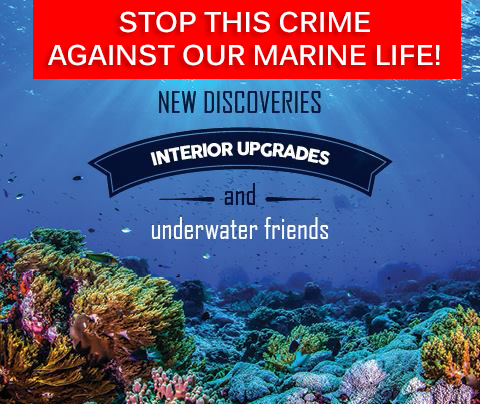 By continuing you agree to receive Avaaz emails. Our Privacy Policy will protect your data and explains how it can be used. You can unsubscribe at any time.
This petition has been created by Phillipa M. and may not represent the views of the Avaaz community.

Members of the public are horrified to hear that Cresta Shopping Centre in Johannesburg plans to erect a Marine Aquarium inside the mall in 2019. Animal exploitation of this nature is condemned across the world, with similar facilities that hold animals captive being shunned and boycotted. How is it possible that in 2018 a corporate company would consider this to be a good idea?   We do not believe that Cresta Shopping Centre management has adequately thought through the long-term impact of constructing this aquarium. Their intent appears to be purely commercially driven (under the guise of “education”), and no thought has been given to the sea life that will be unfairly confined inside this tank. It has been proven that ninety percent of animals housed in aquariums demonstrate stereotypical neurotic behaviour, literally being driven insane in captivity, swimming repetitively backwards and forwards, bobbing their heads, and circling their enclosures for hours on end.

Being held in captivity in an artificial environment causes immense psychological stress to the animals. We are extremely concerned for each individual who will be held captive in this aquarium with twenty-four hour fluorescent mall lights, hundreds of noisy adults and unattended children (made worse during periods of extended shopping hours), the risk of power failures on the system (slight changes in temperature can be detrimental to sea life), not to mention untrained and uneducated caretakers.

By taking children to these places, we are indirectly communicating to them that it is acceptable to confine animals to small tanks that dramatically restrict their movement.   We urgently request that Cresta Shopping Centre management cancels their plans to hold captive over thirty different marine species in a tank for “educational” purposes and instead find a viable and economical alternative. Please sign the petition and let Cresta Shopping Centre know that you will not be supporting them or their stores if they continue with this absurd, outdated and poorly researched plan.

Emails can also be directed to Cresta’s General Manager, Virginia Bester, at virginia.bester@crestashoppingcentre.co.za
Report this as inappropriate
There was an error when submitting your files and/or report.
Inaccurate Inappropriate language Hate speech Illegal Commercial/spam Offensive