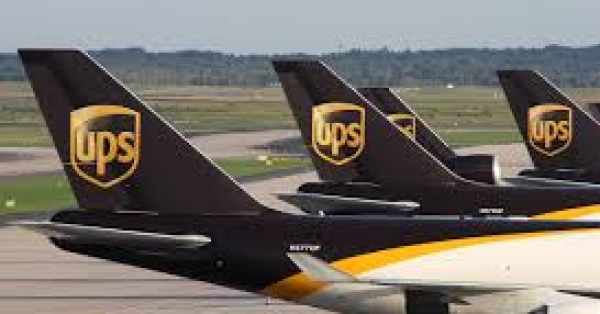 By continuing you agree to receive Avaaz emails. Our Privacy Policy will protect your data and explains how it can be used. You can unsubscribe at any time.
This petition has been created by Louise D. and may not represent the views of the Avaaz community.

Dear UPS, whilst all other American and International Airlines are BANNING the Shipment of Africa's and other country's :ENDANGERED , RARE and THREATENED WILDLIFE SPECIES and Captive African Animals , both exploited and being persecuted, as they are racing towards EXTINCTION.


So why is UPS insisting on supporting UNSUSTAINABLE HUNTING , being done by RICH AMERICANS ?

Sky News
9th August 2015
"The researcher who studied Cecil, the lion killed by an American dentist, says lion hunting should be banned completely because the species is now so rare."
http://news.sky.com/story/1532624/cecil-researcher-calls-for-lion-hunting-ban

"Cecil Researcher Calls For Lion Hunting BanAn expert who studied Cecil says there are significant repercussions after a lion is hunted, and calls for the practice to end.By David Bowden, Senior Correspondent, in Southern AfricaThe researcher who studied Cecil the lion for most of his life says lion hunting should be banned completely"


We are Concerned Citizens who care about the impact and the effects of Capitalism on fragile vulnerable countries who have NO protection from USA Corruption.

And we ARE PROTESTING about UPS's continuation of the transportation of Trophies , as you dismiss and totally denying the seriousness of the looming EXTINCTION of the African WILDLIFE, that is being MASSACRED by Wealthy Americans into EXTINCTION .

WEALTHY AMERICANS ARE IN SOME ONE ELSE"S COUNTRY DIRECTLY CAUSING WILDLIFE EXTINCTION AND WE HAVE TO DO SOMETHING ABOUT IT NOW OR IT WILL BE TOO LATE .

UPS' decision to continue to transport trophies is immoral and insulting .

UPS you are robbing your children of the pleasure of future 'LIFE" on this planet because you are greedy .

WASHINGTON POST
"While airlines ban hunting trophy shipments, UPS says it won’t bow to controversyUPS will continue to ship hunting trophies, so long as it's legal, saying: "We avoid making judgments on the appropriateness of the contents." washingtonpost.com

The Washington Post Sign In Subscribe
"that between 1999 and 2008, Americans brought home lion trophies (including heads and pelts) representing 64 percent of all African lions killed for sport during that period.
And that number is rising: “Of these trophies, the number imported into the U.S. in 2008 was larger than any other year in the decade studied and more than twice the number in 1999,” the report found.
“In Africa overall,” the report says, Americans “make up the greatest number” of big-game hunters targeting the big five, as well as animals such as antelopes and zebras — “particularly in countries where hunting safaris are expensive.” http://www.washingtonpost.com/news/morning-mix/wp/2015/08/03/delta-air-lines-bans-freight-shipments-.....


Notch the Lion-King of the Mara and His Five SonsSouth African Lion Sanctuary official Paul Hart admits there is less than 1000 wild lions left in all of South Africa.Which not the 100000s researchers have been throwing around all these years.If Tanzania and South Africa have most of the remaining few wild lions in Africa then were are theses herds of hundreds of wild lions we have been told still roam Africa. With both countries lion population less than 1000 each then were are the herds of lions researchers have told us all along are still in Africa.If Botswana and Zambia realized they had to stop lion trophy hunting as they didn't have many lions left .Then why are researchers still dishing out these high estimates of 100000s. Yet the total population of wild lions left in Africa might be less than 5000 individual ,yes left in all of Africa.For only Tanzania ,South Africa,Kenya,Zambia ,Botswana ,Zimbabwe ,Namibia have what you would call a countable population as in West Africa lions are almost extinct and Ethiopia May have as little as ten wild lions,Uganda has a handful and the other African countries there are no lions.Do you see why there is need for an actual head count census not estimates .Do you see how researchers have misled us all along .Do you how much shock there is going to be when an actual head count of the wild lions left in Africa is carried out and the total is less than 5000 wild lions left in all of Africa?.https://m.facebook.com/NotchTheLionKingOfTheMaraAndHisFiveSons/photos/a.300404500076117.71649.300392.....
Report this as inappropriate
There was an error when submitting your files and/or report.
Inaccurate Inappropriate language Hate speech Illegal Commercial/spam Offensive
×

Today: Louise D. is counting on you