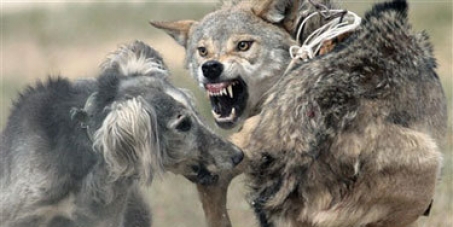 This petition is closed
768 have signed. Let's get to  1,000
768 Supporters
Krystal S.
started this petition to
Judge Peter Anderson

ELIMINATE DNR ACT 169 Section 2.B.1.. 238 wolves were killed this hunting season, that alone is 30% of the Wisconsin wolf populatio nand doesn't include natural and unreported illegal deaths- do we really need to add innocent dogs into the mix?

13 million American children in the USA are hungry, yet Wisconsin is wasting valuable tax money on a depredation program to eradicate a species that is important to the ecosystem.

Wisconsin is 65,560 sq miles, that is plenty of room for 800 wolves! Now there is even more room for the remaining 500+, an extremely small population.

It is not new news that wolves have been proven to help the ecosystem because they eliminate only weak animals which in turn causes herds to become stronger and healthier as a whole. Not only that, but, this also forces grazing animals to move around more often and prevents the over grazing of our precious land. In fact, studies have even shown that gray wolves have been known to help prevent the spread of chronic wasting disease, a contagious neurological disease in deer which has proved troublesome for Wisconsin in the past.

The legal hunting and trapping of wolves by itself is problematic as is; throwing dogs into the mix just makes things so much worse. Allowing hunting dogs to go after wolves is no different than dog fighting. Both species are apart of the canis lupus classification in taxonomy. Not only is dog fighting brutal and looked down upon by a majority of the population (and the world), but, it is a federal offense. In Wisconsin courts alone dog fighting is a Class I Felony, punishable by law for up to 3 years and 6 months in prison and a $10,000 fine. It is a mockery of our greatness as a nation that Wisconsin condones and recommends this wild version of dog fighting.

And as if the DNR could not be anymore problematic- they are now trying to propose allowing packs of dogs to train on wolves during denning and birthing season in March- with no quota. Not only is the idea of dogs tearing pregnant wolves and wolf cubs to shreds, stomach turning, it's cruel and a clear indication that the DNR has a lust for blood. With no set quota on the number of wolves allowed to be "harvested" the small remaining population of Wisconsin wolves can be hunted and killed beyond it's ability to self sustain.

The state of Wisconsin paid $214,794 for wolf depredation in 2012. How many families in Wisconsin will sit in wait for emergency housing, food, or medical care while the DNR wastes their money on a depredation program for a species that literally only just started to recover in numbers?

One of the uses of depredation programs is to diminish over populated species. According to the DNR wolves are over populated in Wisconsin, despite the 0.0086% distribution rate in their state (around 563 wolves distributed over 65,560 sq miles). For decades, the Endangered Species Act has used the following definitions to determine if a species is endangered: any species which is in danger of extinction throughout all or a significant portion of its range

Millions of wolves used to range ALL of North America. Wolves only exist in a handful of places on our continent now. They have become extinct in over 90% of the land they used to roam. If that's not a significant portion of the wolves original range, what is? Also please take note that North America is 9,540,000 sq miles big. There are less than 15,000 wild wolves in America right now, less than 600 of which exist in Wisconsin. How is that an over populated species?

IF YOU WOULD LIKE TO HELP MORE PLEASE CALL/EMAIL/MAIL

PLEASE COPY AND PASTE THE FOLLOWING

MUST BE SUBMITTED BY 02/22/2013
Report this as inappropriate
There was an error when submitting your files and/or report.
Inaccurate Inappropriate language Hate speech Illegal Commercial/spam Offensive
×

Today: Krystal S. is counting on you