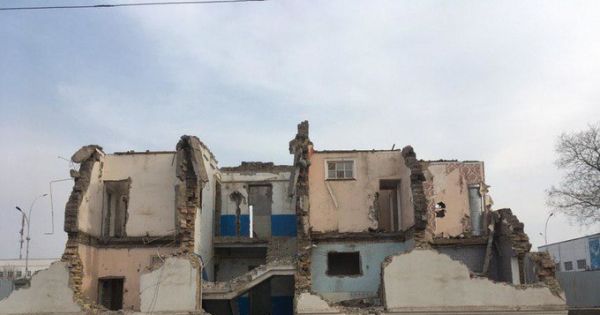 By continuing you agree to receive Avaaz emails. Our Privacy Policy will protect your data and explains how it can be used. You can unsubscribe at any time.
This petition has been created by Алишер . and may not represent the views of the Avaaz community.

My name is Alisher Ilkhamov. I live and work in London, but am originally from Uzbekistan and considering myself a citizen of this country. I’m writing in regard to your coming visit to Uzbekistan and wanted to urge you to raise concerns with the Uzbek president Shavkat Mirziyoev over the human rights situation in this country and especially the problem of mass evictions of ordinary citizens’ houses.

Over the last couple of years, the human rights situation in Uzbekistan has improved to some extent. A number of the prisoners of conscience have been released, the local mass media is experiencing less censorship pressure from the authorities, the scale of forced labour has been reduced dramatically, and several days ago, the government stopped blocking some independent websites.

At the same time, from the point of view of housing rights the situation in the country has become even worse than in Karimov times. According to some estimations, around ten thousand citizens have been affected by the unlawful demolition of their houses. In most cases, the houses, in sufficiently good condition for living, are being demolished just to build on their places another apartment buildings for sale. When having been evicted, the owners of these demolished houses are in most cases not receiving adequate compensation.

Many entrepreneurs have been also affected by this campaign of confiscation and demolitions launched by some local authorities, like ordinary citizens. Which raises concerns also over the mass violation of property rights in Uzbekistan.

On the top of that, the authorities are ordering or allowing the construction companies to cutting down trees in the cities, which is deteriorating the environmental situation in the urban areas and living conditions for their residents.

All these violations of property, housing and environmental rights are coincided, driven  and affected by government corruption, money laundering schemes and conflict of interest.

The government of Uzbekistan, welcoming your visit, is probably expecting from Germany more investments into the country. But you should make clear to Mr Mirziyoev that investments will be pre-conditioned by the improvements of the situation with housing, environmental and property rights in the country. That would be perfectly in line with the norms of corporate social responsibility and Germany’s commitments to human rights. My understanding is that for you as a social-democrat the socio-economic rights of your own citizens and the citizens of other countries are paramount in your political outlook and conditional to any other considerations.

Should you get interested in this subject, I and my friends and colleagues will be happy to provide you with documented evidence of the issues I reported above.

Thank you very much for your time and consideration, Sincerely Yours,
Alisher
joined by other concerned citizens of Uzbekistan
Report this as inappropriate
There was an error when submitting your files and/or report.
Inaccurate Inappropriate language Hate speech Illegal Commercial/spam Offensive