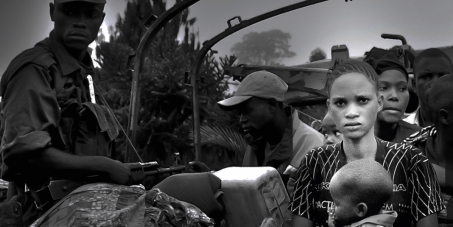 We want an International Criminal Tribunal for Congo

Sign this petition
Vava T.
started this petition to
G8 Foreign Ministers
48 women are raped in the Congo alone every hour. Sign now to end this!

Little Marie was only 13 years old when she was caught by a militia group and taken into the bush where she was repeatedly abused for 8 endless months. Every single minute, one woman is being mercilessly raped in the Congo with almost none of the rapists being ever convicted. But now, we have a massive chance to end this impunity and save thousands of women's lives.

British Foreign Minister Hague and Angelina Jolie have invited world leaders to a global summit to end rape as a weapon of war in June. 138 governments have signed a "declaration to end sexual violence" - and this summit is our chance to turn their bold words into concrete results and not let them fob away rape victims with empty promises. Congo is the rape capital of the world and if we get our leaders to support the establishment of an International Crime Tribunal, we can end the impunity to use rape as a weapon of war and create a global media wave that reaches even the last corner in the Africa and make potential rapists think twice.

We can make 2014 the year that laid the foundation to end the impunity to use rape as a weapon of war! Sign now and share with your friends!
Report this as inappropriate
There was an error when submitting your files and/or report.
Inaccurate Inappropriate language Hate speech Illegal Commercial/spam Offensive
×

Today: Vava T. is counting on you

Vava T. needs your help with "We want an International Criminal Tribunal for Congo". Join Vava T. and 807 supporters today