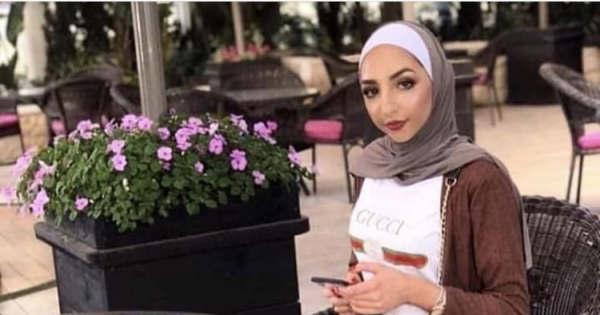 By continuing you agree to receive Avaaz emails. Our Privacy Policy will protect your data and explains how it can be used. You can unsubscribe at any time.
This petition has been created by Ebene B. and may not represent the views of the Avaaz community. Warning: Some of the information presented in this petition could not be verified, so it might contain false or misleading statements.

Sign this petition
Ebene B.
started this petition to
The Human Rights Council & The Goverment Of Greece
Israa Ghareeb is a 21 year old, Instagram blogger/makeup artist from Palestine, who is using her blog to support her family financially,

Israa got engaged and after taking the permission of her family, she's decided to meet her soon to be husband and his sister in a Cafe to get to know him better, Israa happily recorded the meeting and shared it on Snapchat,

Israa's cousin watched the video and shared it with Israa's father telling him that she brought shame and disgrace to the family as she's not legally married yet,

Israa was brutally attacked by the so-called father and her so-called brothers (5 males in total) to the point that she was rushed to the hospital with a broken spine that needed an immediate surgery.. the males from her family didn't just stop there,

They followed her to the hospital and even with her broken spine and all the wounds and bruises all over her weak body they continued torturing her and beating her up while the victim screamed and pleaded for help (as you can hear in the video) but nobody was there for the rescue.
The victim then was taken back home, before the operation was even performed (mind that her spine is broken) and was beaten up for 3 days until she was killed the 3rd day after leaving the hospital ending a cycle of terror and torture by her own flesh and blood.


Below is a link to a video of her screaming for help (she screamed 'Police' in Arabic) at the hospital where/while she was being attacked, however, according to the hospital representatives the so-called family had informed them that it was an Exorcism session, and therefore, they chose not to intervene.The incident was no doubt approved by the hospital's management as such crimes (honour crimes) are very common from where she comes from.

P.S The so-called brother 'Mohammed Nasir Ghareeb' has taken a flight from where he lives (Greece) all the way to Palestine after Israa was hospitalized just to join his male family on killing Israa. I'm asking the Greek Government to take an immediate legal action against him as he had travelled back after the incident.

I'm also asking the Human Rights Council to help give Israa justice from the government of Bethlehem, Palestine for closing the case without any further investigation, Her female cousin Reham Ghareeb for the incitement and her whole entire family that took part in the crime.