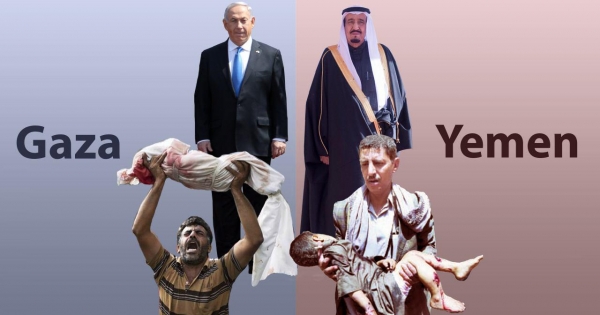 Saudi Arabia must be tried as a war criminal

By continuing you agree to receive Avaaz emails. Our Privacy Policy will protect your data and explains how it can be used. You can unsubscribe at any time.
This petition has been created by yemeni y. and may not represent the views of the Avaaz community.

The reason of establishing such a court is to prosecute the perpetrators of the above crimes in an independent inter-governmental court and to make them answer in front of the international society.

The officials of the Saudi Regime have to be prosecuted as a criminal in ICC over the unlimited murders against Yemeni civilians.

The accusations on Saudi Arabia:

Based on the published statistics by Legal Center for Human Development. (Until January 19, 2016)

3. Displacing more than 1200000 Yemenis inside the country or leaving refugees outside borders due to Saudi attacks.

4. Attacking hospitals and medical centers, even bombing the hospital of the UN's doctors without borders.

6. Endangering the lives of Yemenis by total besieging and not allowing the humanitarian aid enter inside the country.

Please sign this petition if you support the prosecution of Saudi Arabia for war crimes in international courts.