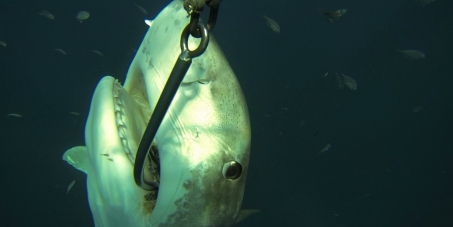 By continuing you agree to receive Avaaz emails. Our Privacy Policy will protect your data and explains how it can be used. You can unsubscribe at any time.
This petition has been created by Terry and may not represent the views of the Avaaz community.

Sign this petition
Terry
started this petition to
KwaZulu-Natal Sharks Board
In light of the international outcry by conservationists and scientists against the culling of sharks in Western Australia using drumlines, Shark Warrior, a shark awareness campaign of the AfriOceans Conservation Alliance, and supported by African Watersports has turned the spotlight back home. Shark culling is not new in South Africa, the KwaZulu Natal Sharks Board have been killing our sharks since the 1950s - up to 600 sharks plus hundreds of other marine life, including dolphins and whales are caught by the shark nets and drumlines every year. People from all over the world come to see the sharks in South Africa and the loss of large sharks such as the tiger shark is having severe negative impacts on the shark eco-tourism business in KwaZulu Natal, South Africa. This senseless slaughter of our marine life is perpetuated by public fear, a public who know no better. Through our awareness campaigns we aim to raise public awareness and lobby against the use of drumlines and shark nets in South Africa. This petition will be presented to the KZN Sharks Board once we reach our target. We extend our support to Australia in their efforts to stop the senseless slaughter of their sharks. (Photo credit: Madison Stewart, Andy Corbe and Rohan Sibon)
Report this as inappropriate
There was an error when submitting your files and/or report.
Inaccurate Inappropriate language Hate speech Illegal Commercial/spam Offensive
×

Today: Terry is counting on you