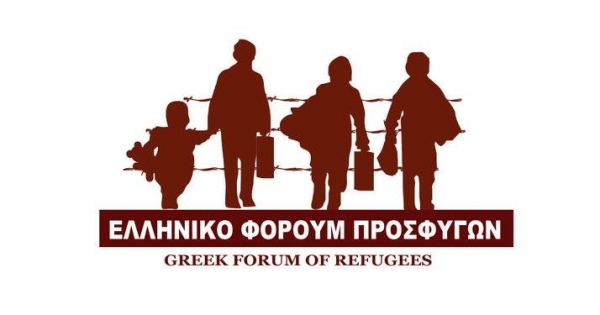 Asylum in Greece:Families Apart,Asylum Seekers in Abysmal State on the Islands

By continuing you agree to receive Avaaz emails. Our Privacy Policy will protect your data and explains how it can be used. You can unsubscribe at any time.
This petition has been created by Greek Forum of Refugees G. and may not represent the views of the Avaaz community.

Sign this petition
Greek Forum of Refugees G.
started this petition to
Prime Minister of Greece, Greece Alternate Minister of Immigration Policy
‘We did not cross all the borders to be openly trapped on Greek Islands’
Since the EU-Turkey deal in March 2016, the Greek islands have become open jails, with asylum seekers confined without any freedom to reach the mainland. They are left in dire conditions that will worsen with the arrival of winter. The containment policy has led to overpopulation of camps, asylum seekers having no choice but to live in inadequate reception facilities and degrading conditions in makeshift shelters or tents without any heating and limited access to sanitation, electricity, and water cuts at night. All this is risking the lives of the people detained along with the ineffective asylum procedures and protection.

‘We did not cross all the borders to be hindered to be with our families’
More than 4,000 refugees in Greece are awaiting family reunification transfers to Germany. For many, the legal delay has been extended following an agreement between Greece and Germany. Since May 2017, the German authorities have limited such transfers from Greece to 100 individuals per month instead of 6 as stipulated in the Dublin Regulation III. This unlawful agreement is undoubtedly slowing down the family reunification procedure. Asylum seekers eligible for it in Germany are now to wait for more than 10 months.Families should not be suffering from illogical arrangements and asylum regulations should be respected by all EU member states for the sake of asylum seekers and refugees who must be reunited with their families.

Αuthorities have failed to take effective measures as these conditions are leading some asylum seekers to go on hunger strike to protest, while incidents of self-injury, suicide attempts, anxiety, aggression and depression have been identified. Such conditions are also endangering the cohesion between locals and asylum seekers.

We urge the Greek authorities to honor their obligations regarding International, Eu and National human rights legislation and stop depriving asylum seekers of their freedom of movement by:

Immediately lifting the geographical restriction policy and transfer asylum seekers from the islands to the mainland offering them proper reception and asylum application examination as defined by the European Policies and the Geneva Convention.

Putting an end to the unlawful practices in between German and Greek authorities and comply with their international obligations of allowing the transfer for family reunification in the 6-month delay stipulated in the Dublin III reglementation.
Report this as inappropriate
There was an error when submitting your files and/or report.
Inaccurate Inappropriate language Hate speech Illegal Commercial/spam Offensive