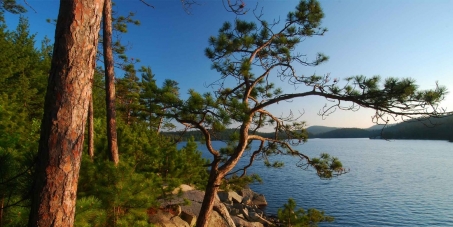 Sign this petition
Jackie P.
started this petition to
Minister of Northern Development and Mines Rick Bartolucci
When I was young I spent my summers canoeing around Temagami. It's where I learned about nature, and about biological conservation. Then I started leading groups of kids on those same trips -- I saw them find their first bear or moose, learn to paddle, and drink directly from the cool water of Wolf Lake. Now the Ontario government is going to let a big mining company destroy part of this magical old growth forest. I need your help to stop them.

Ontario's Premier made Wolf Lake in Temagami a forest reserve after thousands of Canadians wrote him letters calling for protection for this amazing old growth sanctuary. But now, Minister Bartolucci has broken that promise and signed an 21 year lease with an Alberta mining company, right in the middle of the forest reserve. The mining could devastate the area and experts say it's not even that great a mining resource to begin with. The move is crazy, but technically legal. Our only hope is to come together and pressure Bartolucci to buy out the lease and end the mining threat.

I want my two daughters and their kids to know the joy and wonder of canoeing through Wolf Lake, witness its old growth and drink its crystal clear blue water. Hundreds of others like me would like to do the same and we have the chance to pressure Bartolucci, and win, just like we won against Premier McGuinty. Join me in this call. When 10,000 of us join together, Avaaz will take out ads in Bartolucci's election riding and call him out for this forest destruction. We need your signature and pass this along to your friends and family!
Report this as inappropriate
There was an error when submitting your files and/or report.
Inaccurate Inappropriate language Hate speech Illegal Commercial/spam Offensive
×

Today: Jackie P. is counting on you