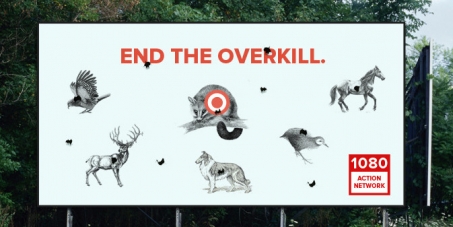 Stop 1080 poisoning in New Zealand. Possum control is the excuse, but it kills everything, including native birds.

By continuing you agree to receive Avaaz emails. Our Privacy Policy will protect your data and explains how it can be used. You can unsubscribe at any time.
This petition has been created by Elette W. and may not represent the views of the Avaaz community.

Sign this petition
Elette W.
started this petition to
Environment Minister Amy Adams and Conservation Minister Dr Nick Smith
New Zealand forests get unprecedented amounts of 1080 poison dropped from planes all over the country with the excuse of possum control. 1080 is banned in almost every country because it is extremely toxic and an indiscriminate killer of animals. 1080 is animal cruelty of the worst kind because it can take days for an animal to die a slow agonizing death. 1080 adds to the continued poisoning of the planets soils, water and food chain. There is no antidote.
Rural New Zealanders witness the evidence of its destructive capability first hand, but people in the cities remain blissfully ignorant. The Graf brothers are among the many who have tried to inform the public through documentaries and home videos, to expose the cruelty of 1080 poison, but they are not screened on NZ television. One example is www.youtube.com/watch?v=2yJSvAe8SXw
It is true that the introduced species of possums, rats and stoats are very destructive on native bird populations but so is 1080. My daughter went into a West Coast native forest after a 1080 drop and there was no bird song. She said the silence was eerie. For NZ this is unnatural. Birds ARE New Zealand's native species. Practically every other animal was introduced.
There are other ways of dealing with possums. They provide a living for hunters, and create many potentially lucrative industries. But who will take wild possum, pig or venison meat with 1080 in them? Recently Massey University design students invented an ingenious device which fires a metal bolt through the head of the possum, stoat or rat and kills them instantly then reloads itself. This is a humane method of targeted control. The $50 million currently spent annually on 1080 poison could fund such a method of rodent control without causing the pain and potential long term harm of 1080.
So, who benefits from the continued application of 1080 poison? Is it ignorance, habit, ego or corruption? The same old excuses continue to poison the planet and it's life without looking too closely at the truth. 1080 is a disgrace in the face of New Zealand's clean, green image, and is a deceptive mask on the real truth.
Report this as inappropriate
There was an error when submitting your files and/or report.
Inaccurate Inappropriate language Hate speech Illegal Commercial/spam Offensive