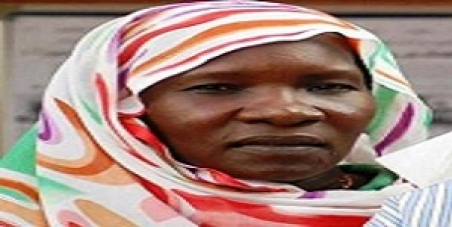 Free Jalila Khamis and save her from Execution

By continuing you agree to receive Avaaz emails. Our Privacy Policy will protect your data and explains how it can be used. You can unsubscribe at any time.
This petition has been created by Nazik A. and may not represent the views of the Avaaz community.

On December 13th, 2012 after 9 months in detention with charges, Jalila Khamis , the Nuba woman activist has been presented to court today, facing serious charges could lead to her execution. Jaila today had been formally charged of undermining the constitutional system which article 50 , and Waging war against the state , under article 51 , in addition to article 53 ” Espionage against the state which could lead to execution.


Jalia khamis is a45 years old mother of 5 , a teacher and a Nuba women human rights defender , she had been arrested on March 14th , 2012 at 2:00AM from her house and taken wearing her sleeping clothes , her family didn’t knew her whereabouts for two days , where she had been detained by the Sudanese security . she had subjected to torture , verbal abuse , and had been detained in solitary cell in the security detentions in Omdurman for 2 and half month .

Jalila hosted in her house of tow rooms 20 peoples from her home region of Nuba mountains when the war erupted in June 2011 , she had been detained for helping her own peoples when they fled the war to Khartoum and for speaking publicly about their catastrophic situation .


Please sign with us to save the brave women , teacher and mother of five from death sentence , sign with us to regain Jalila's freedom and her children their mother . Please take Action NOW !

Today: Nazik A. is counting on you

Nazik A. needs your help with "Free Jalila Khamis and save her from Execution". Join Nazik A. and 469 supporters today