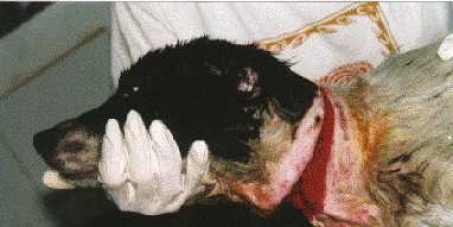 Stop the barbaric and cruel treatment of Spanish hunting dogs

This petition is closed
43,200 have signed. Let's get to  75,000
43,200 Supporters
Danielle H.
started this petition to
Spanish Ministry of Agriculture, Food and Environment,
Prime Minister of Spain
Every dog deserves a decent life, but even more so the "working dogs".

And yet every year, thousands of Spanish hunting dogs (Galgos and Podencos) are abandoned, abused, or even killed in horrific circumstances. The absence of laws regulating the breeding of these dogs, and the poor enforcement of animal welfare laws, means that at the end of hunting season thousands of 'excess' dogs are 'disposed' of by their owners -- and thousands of dogs will suffer again this year unless we demand action now.

Galgos and Podencos are living beings! They feel pain, hunger, cold, heat, just like we do. All we are asking is that they be treated normally, like you would treat any companion animal.

Pictures of mutilated dogs hanging fom trees, skeletal dogs with broken bones wandering the streets, rotting corpses of dogs that were thrown into abandoned wells to slowly die… these images and more emerge from Spain every year. It is a barbaric image for a modern, democratic society to project -- and it is up to us to make sure that the abuse stops, and that these animal abusers are held to account.

We hope you will find it in your heart to stop the cycle of pain and horror that is the daily life of those poor creatures. Dogs are defenseless creatures and they depend on us for everything. Let's act now for them.

Today: Danielle H. is counting on you