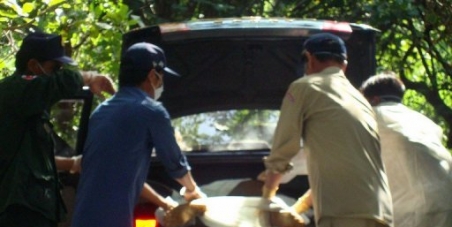 Stop the murder of journalists in Cambodia

By continuing you agree to receive Avaaz emails. Our Privacy Policy will protect your data and explains how it can be used. You can unsubscribe at any time.
This petition has been created by David A. and may not represent the views of the Avaaz community.

Sign this petition
David A.
started this petition to
The Government of Cambodia
Two journalists are now known to have been murdered in Cambodia this year. Both journalists are alleged to have been investigating illegal logging which is the main cause of the massive deforestation of the rich Cambodian forest. Cambodia now ranks 12th among the list of deadliest countries for those practicing journalism. As journalism organizations, Internews' Earth Journalism Network (EJN) and the Society of Environment Journalists (SEJ) are not only interested in promoting an independent press throughout the world but also stand up in support of our colleagues to do their work without fear of persecution or murder. What we want is an independent investigation of the murder of Hang Serei Oudom and an immediate end to the murder of journalists in Cambodia and elsewhere in the world.
Report this as inappropriate
There was an error when submitting your files and/or report.
Inaccurate Inappropriate language Hate speech Illegal Commercial/spam Offensive
×

Today: David A. is counting on you

David A. needs your help with "Stop the murder of journalists in Cambodia". Join David A. and 264 supporters today