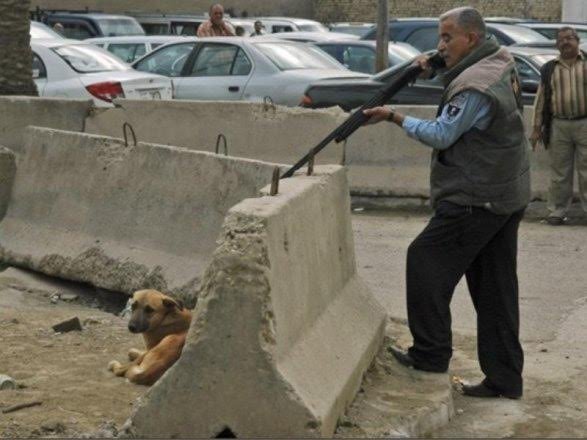 The International Community and Animal lovers EVERYWHERE: SAVE THE STRAY DOGS IN AZERBAIJAN

By continuing you agree to receive Avaaz emails. Our Privacy Policy will protect your data and explains how it can be used. You can unsubscribe at any time.
This petition has been created by Sora D. and may not represent the views of the Avaaz community.

Sign this petition
Sora D.
started this petition to
The International Community and Animal lovers EVERYWHERE
In the last month, the police as well as prominent government officials have been exploring the cities of Azerbaijan – Baku, Sumgait, Lenkoran, Ganja, Guba, Gebele etc cities – mercilessly shooting stray dogs. Even though Azerbaijan signed the European Convention for the Protection of Pet Animals in 2007, in spite of this the act of terror for dogs is being carried out by city hall authorities. The Ministry of Ecology and the Ministry of Internal Affairs turn a blind eye to this violation. The so-called reason for shooting the dogs are barking and the risk of rabies. Majority of the slaughtered stray dogs were tagged by IDEA animal care center; this means that the dogs were vaccinated, neutered and healthy, with no signs of aggression.

The cruel treatment of animals causing their death or severe injury is prohibited by the Administrative Offences Code of the Republic of Azerbaijan / Article 274. Yet, when the police are alerted by witnesses and asked to intervene to stop this monstrosity, they REFUSE to take action claiming that the shooting of dogs is not a priority.

As per Paralel.az – a daily online newspaper – and in response to the pleas of animal rights activists, in May 2018, the Vice-President of Heydar Aliyev Foundation – Ms. Leyla Aliyeva – ordered the closing down of a “shelter of death” that brutally captured stray dogs and either poisoned or burned them alive in order to end the epidemic of stray dogs in Azerbaijan.
Ms. Aliyeva also ordered to stop shooting stray dogs, and to start the construction of a new animal care center “Toplan”. Yet, the situation remains the same and stray dogs continue to suffer in agony and struggle for their lives in the most inhumane of ways.

“The problem of stray animals is handled by the Sanitation Directorate of the Housing and Communal Services Department under the Executive Authority… Instead of catching stray dogs and placing them in shelters, the employees of this department often simply shot them. Brutal treatment of animals periodically raised a wave of public outrage and even became part of a political campaign against Azerbaijan, as was the case with the European Games.” This department misused the funds provided by the government and did not follow the orders banning he shooting of stray dogs. Despite Ms. Aliyeva’s efforts, executives slaughter the stray dogs every day. https://paralel.az/article/en/53403-Leyla+Aliyeva+achieved+ban+on+shooting+of+dogs%3A+7+officials+dismissed.html

Animal protection agencies do not exist in Azerbaijan and animal lovers and activists are helpless as they are standing against a community that does not support their beliefs in the rights of animals to live in clean and safe environments and die with dignity. Therefore, we need the voices of the international community if we wish to make a change and save the lives of the remaining population of stray dogs. We call for worldwide citizens to boycott traveling to Azerbaijan in support of all dogs that have lost their lives and until the government steps up and enforces all laws pertaining to the protection of animals in the country.

Please sign this petition to allow for the voices of helpless souls to reach the international community and to urge the government of Azerbaijan to take positive steps towards preserving the lives of all living creatures.