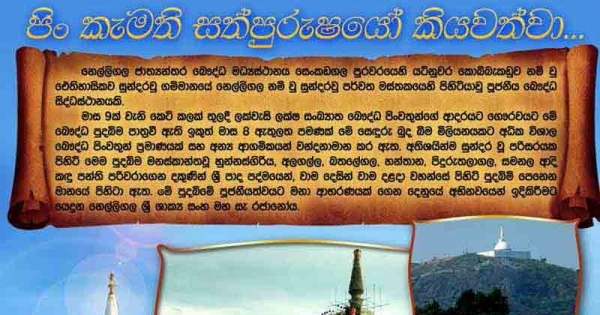 World leaders and Human Rights Groups and everyone seeking justice for the: Get Ranil Wickremasinghe PM of Sri Lanka to

By continuing you agree to receive Avaaz emails. Our Privacy Policy will protect your data and explains how it can be used. You can unsubscribe at any time.
This petition has been created by Imiya MRC I. and may not represent the views of the Avaaz community.

Sign this petition
Imiya MRC I.
started this petition to
World leaders and Human Rights Groups and everyone seeking justice for the,
Great civilizations

Ranil Wickremasinghe and the United National Party committed crimes against humanity-near genocide of Sinhalese Buddhists constructing torture chambers (1987-1992 ) in Sri Lanka. Estimated torture and murder of Buddhist Sinhalese youth island wide is 140,000. Death squads were established in addition to construction of torture chambers, the most notorious(local Auschwitz) Batalanda housing detention centre administered by the Counter Subversive unit was directly under under Ranil Wickremasinghe found guilty but not judged or brought to justice as the president C. Kumaratunge was a personal friend. Today an eye witness a retired police ASP AP.karunaratne describes the gruesome atrocities, torture committed at Batalanda on the YouTube. Evidence against Ranil Wickreamasinghe appear on many websites. Wijayadasa Liyanarachchi a brilliant young human rights lawyer was tortured to death at Batalanda torture chamber Ranil Wickremasinghe according to eye witness(ASP Karunaratne) questioned the vulnerable victim whilst under torture.

Today: Imiya MRC I. is counting on you

Imiya MRC I. needs your help with "World leaders and Human Rights Groups and everyone seeking justice for the: Get Ranil Wickremasinghe PM of Sri Lanka to". Join Imiya MRC I. and 544 supporters today