To agriculture and health ministers:

As citizens concerned about animal welfare and the public health threat of superbugs, we call on you to agree strong laws that ban the preventative use of antibiotics in livestock farming, and implement robust enforcement mechanisms aimed at vets, feed companies and farmers. Your leadership will reduce animal suffering, and save human lives. 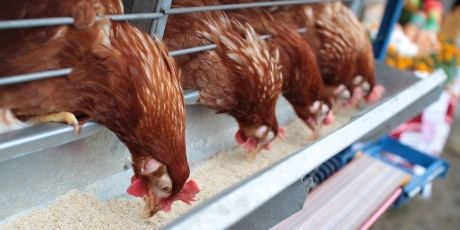 Cruel factory farms are pumping healthy animals full of antibiotics so that they can produce more meat, faster and cheaper. This insane cruelty is also creating drug-resistant superbugs that can kill us!

Several European countries have already drastically cut use of antibiotics, and now EU ministers are negotiating laws to do so across the continent.

Reducing cruelty to animals while saving human lives is such a no-brainer that even McDonald’s said it'll stop selling chicken reared with some antibiotics in the US. But the farm and pharma lobby is out in full force to stop the new EU laws.

Ministers from across the EU meet tomorrow, and many have yet to make up their minds. Let’s build a million-strong call to outlaw the cruel and deadly abuse of antibiotics in factory farms, and deliver it to each of them. Once we win in Europe, we’ll take this around the world. Sign now, then share with everyone.