Days to avoid the next Chernobyl

To the Belgian Government and members of the Parliament and to all concerned Governments in the European Union::

As concerned European citizens, we call on you to immediately carry out a new transboundary environmental impact assessment under the EU’s EIA Directive and the UN’s Espoo Convention. This is a crucial step to shut down the Belgian reactors in Doel and Tihange based on the safety concerns resulting from the numerous leaks, cracks, and even sabotage attempts to those plants. Public safety comes first. 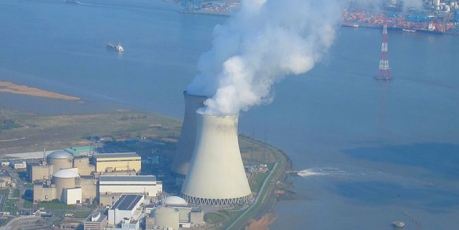 Experts say we could be facing the biggest risk of nuclear disaster in Europe since Chernobyl after two old and cracked nuclear plants in Belgium were just restarted even after suffering a big explosion: but in days, an unprecedented amount of public pressure from all Europe can shut them down.

These reactors are so old that last weekend, one already started to leak thick white gas again and citizens have taken to the streets on the Dutch and German borders in protest. In days, all of us in Europe can make a big impact backing these protesters when Germany’s minister of environment, Barbara Hendricks, visits Belgian minister of interior, Jan Jambon, to discuss the issue.

Any nuclear disaster will affect all of us in Europe. So let’s get to 500,000 signatures and deliver them to both ministers in front of the media and make it clear that EU citizens will not allow Belgium to put us at risk of another Chernobyl that would affect millions of us. Sign now and share with everybody.