Burundi: before it's too late

To the UN Security Council, government of the United States, the EU, and the African Union:

As concerned global citizens, we call on you to act decisively and immediately to prevent another civil war in Burundi. We request the appointment of a special envoy of the Security Council, targeted sanctions on President Nkurunziza, and the authorization of preventative peacekeepers to deploy immediately if serious negotiations don't begin. We won't stand by and watch another slaughter take place in the shadows. 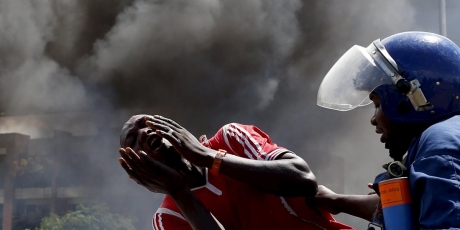 Nearly 20 years ago, Rwanda plunged into a horrific genocide. Now dozens are dead in neighbouring Burundi and further violence could fan the flames of the Hutu-Tutsi tensions at the heart of Burundi’s last, decade-long civil war, as well as Rwanda’s genocide.But there's time to stop another tragedy, if we intervene right now.

Across Burundi, civilians are arming themselves with $40 machine guns and $4 grenades. Clashes with the army have already been reported. It's all because the President just rigged an election for an illegal third term despite intensive international protest, and now refuses to step down. Experts say "carrots" won't work -- the only way to persuade him, and stop the slaughter, is if sanctions are imposed fast, and the world sends peacekeepers. But leaders are reluctant to send troops without massive public support.

Already almost 200,000 have fled Burundi.This is a powder keg with the potential to destroy a country and destabilize a region. But it's not too late -- not yet. Rwanda's genocide happened because the world failed to act in time. Let's not stand by again -- sign now and say "never again".