Liberal and NDP: We need 10 heroes

To Liberal and NDP candidates in key swing ridings:

As concerned Canadians, we call on you to put aside party affiliation and do anything possible to ensure that the Conservative candidate is defeated in your riding. We ask you to encourage your supporters to vote for another party's candidate when that will prevent the costly vote-splitting that lets Harper have power. The country needs to be rid of Harper, and it's up to you to put the greater good ahead of your own. 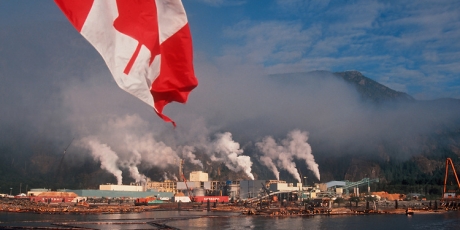 It's a national nightmare --Stephen Harper has held power over our country for 10 years because the Liberals and NDP split the vote against him. And he could still do it again. But if we can convince 10 hero candidates to work together for the greater good, we can finally stop Harper on October 19.

Liberal and NDP leadership have refused to solve the vote-splitting problem, and have suggested that candidates who acted differently would be replaced. But this close to the election, the ballots are locked -- individual candidates can ask supporters to vote for someone else without the party being able to replace them. If 5 Liberal and 5 NDP long-shot candidates throw their support to the leading progressive party in their riding, that’s 10 seats the Conservatives won’t win because of vote-splitting.

The polls are extremely close. This could be the difference-maker that keeps Harper out of the PM seat. If these candidates hear from enough of us -- and enough of their own supporters -- then we could convince them to be the 10 heroes that take back Canada. Sign now to take urgent action.