Power the climate lawsuit of the century 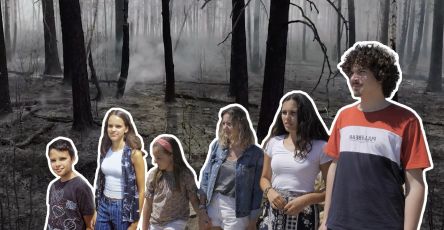 Six kids have seen the future, and they are terrified.

Raging wildfires scorched entire forests in their country to nothing, killing 120 people.

As heatwaves spiralled out of control, Cláudia, Catarina, Martim, Sofia, André and Mariana watched in horror the ongoing reality of climate chaos inch closer to home than ever.

But they’re refusing to have their fate sealed -- and are doing something extraordinary!

Together, they’re taking 33 major governments to one of the world's most powerful courts. If they win, all those countries could be legally forced to slash their carbon emissions.

This trial could change the world. But the kids need our urgent help.

Right now, they’re facing a HUGE army of government lawyers and after months of fundraising, they just don’t have enough to land the win our planet needs. But if we all chip in just a small amount, we could help supercharge their team of lawyers, and run ground-breaking research to help prove the case.

This trial isn't just about carbon emissions -- it's about the world our children and grandchildren will inherit.

Let’s bring hope back into the courtroom and fight for a safer future together -- donate what you can now.