We sign to support the democratic and human rights of the people of Zimbabwe. Election results must be released immediately, verified independently, and--if approved as legitimate--accepted by all parties. If a run-off is required The run-off should be monitored by international observers and be kept free of violence, fraud, and intimidation. World leaders, including South African President Thabo Mbeki, should do all they can to ensure a just result. 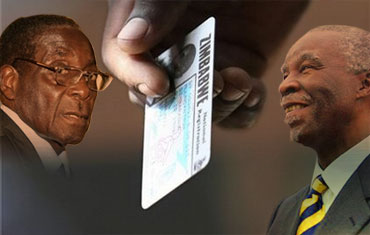 Robert Mugabe's government has unleashed a campaign of violence and intimidation in its quest to hold on to power. If the chaos continues, a fair and free run-off election on 27 June will be impossible.

Mugabe has long resisted international pressure -- but his neighbours, especially South Africa's Thabo Mbeki, might convince him to shift course. The Southern African Development Community is now deciding when to dispatch election observers to Zimbabwe. Meanwhile, Mbeki is still the official mediator between Mugabe and the opposition MDC. A strong global outcry can help persuade SADC and Mbeki to do everything within their power to bring democracy to Zimbabwe.

This petition will be delivered to SADC, Mbeki, and other bodies through diplomatic channels, media, and any channels possible until the run-off on June 27.

Note: due to the release of election results, the petition below has been updated slightly. The original text is still visible with a strikethrough.