To YouTube, and all other social media platforms and regulators around the world:

We call on all social media platforms to detox their algorithms by ending the amplification and monetisation of disinformation and hate speech. We urge regulators to turn this into a legal requirement. We demand platforms work with independent experts to track and downgrade creators of repeated and deliberate disinformation. Social media can be either public good or public menace, our future depends on which one we choose. 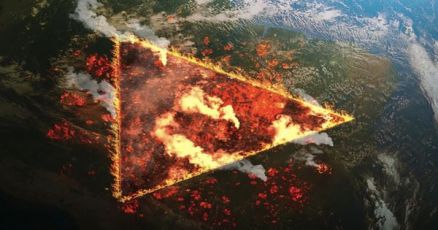 Avaaz has just uncovered a massive scandal: While our world is burning, YouTube is spreading climate denial videos to millions of people!

And it gets worse: They're making money off it...

We just released our report and YouTube is feeling pressure from the media. But we know that these tech giants won’t act urgently unless they see their public brand at risk and major advertisers speaking up.

That’s where we come in!

Let’s flood YouTube and their main advertisers with our report findings, then take our call to EVERY major social media company, their employees and regulators, and keep up the pressure until they stop spreading lies to millions!

-------------------------
We know that many employees at Google and YouTube care deeply about fighting misinformation - and we honour their drive and efforts to do the right thing and fix this problem. But as our report shows, this isn't enough and we need to see significant policy changes from the top -- so that employees are empowered to design effective solutions that detox YouTube's recommendation engine. The future of humanity is too precious to be left to an unwise algorithm.

You can read Avaaz's full report on YouTube driving millions of people to climate misinformation videos here.
-------------------------
7th February 2020 update: The petition text was updated to take out the demand to "deplatform" creators of repeated and deliberate disinformation. In a poll, over 97% of signers polled said they're still in support of the amended petition and the number of signers is being updated accordingly.