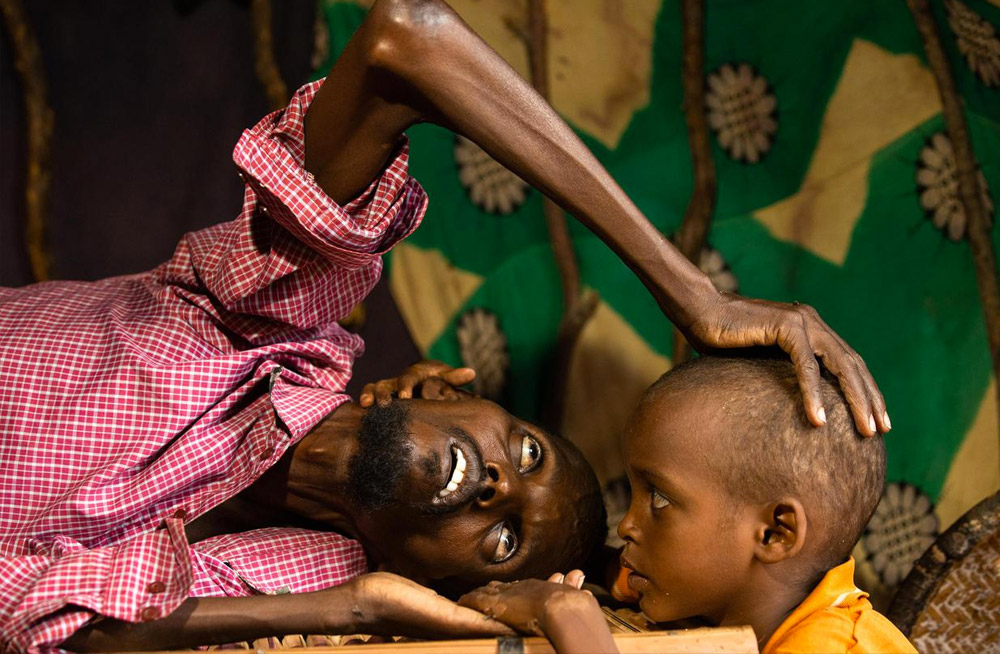 This is what the climate crisis looks like up close...

A moment of tenderness between father and son -- in the midst of unspeakable horror.

In Somalia, 7 million people are in danger of starving -- and HALF of all children are severely malnourished. Hospitals are becoming overwhelmed and parents are being forced to make impossible decisions about who to feed.

The country is being devastated by the worst drought in 40 years. Without rain, nothing grows anymore -- and aid isn't arriving fast enough.

Somali doctors and aid workers are racing the clock -- but another starving child is admitted to hospital every single minute. Resources are running out, and doctors are terrified.

Avaaz has 70 million members, and if we each give just a bit, we can make a real difference. Together we'd fund lifesaving medical care and food packages for thousands of people -- and power a massive campaign, pushing governments to unlock urgent aid and slash the carbon pollution that's forcing millions into catastrophe.

Let's join together in an epic global effort to stop children starving on the climate frontlines -- donate what you can now.