To all EU governments:

The EU "containment" strategy has sent tens of thousands of migrants into horrific camps in Libya -- where some have been sold into slavery! We demand an end to this cruel, failed approach and call on the EU to immediately establish orderly pathways for safe resettlement in Europe. 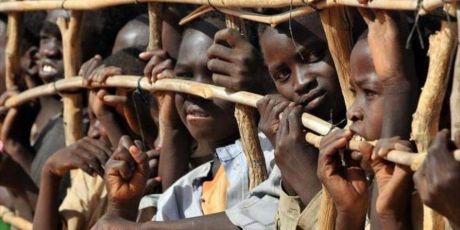 Norman* was snatched in the night off a crowded dingy, transferred to a Libyan government detention center where there was no room to even sit down, and then shuffled into a slave auction.

100 dollars. That’s what his life was worth when it was all over. And the body snatchers, the detention center, even the building where the auction was held were all funded by Europe’s tax dollars in a scheme to block migrants before they cross the ocean.

Norman escaped because a CNN documentary crew found him in time. But there are hundreds of thousands like him trapped in Libya, victims of global slavery cartels that are growing more powerful by the second.

We have a brief chance to infiltrate and stop the secret slave funding from Europe’s governments, by shining a harsh light on their terrible deal. A million strong petition will guarantee hard-hitting global media coverage!