To world governments and all signatories to the Energy Charter Treaty:

As world citizens, we call on you to pull out of the Energy Charter Treaty and stop its expansion to other countries. The treaty is incompatible with the Paris Climate Agreement, and it allows coal, oil and gas corporations to obstruct our transition to a clean energy future. It’s time to disarm fossil fuel firms now, so they can no longer impede urgent climate action and put their interest above our public health and security. 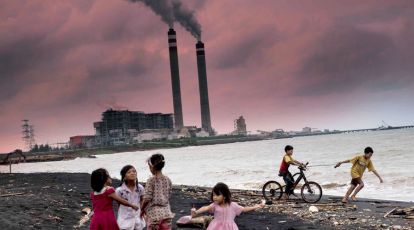 This is outrageous -- just as many countries are finally acting to stop climate change and protect the planet, fossil fuel giants are suing governments for billions.

It's all because of a powerful international treaty that almost no one has heard of: the Energy Charter Treaty.

It was designed to encourage energy companies to invest in developing economies, but now it's being weaponised to sue countries when they try to shut down toxic coal plants and oil rigs -- wrecking our transition to 100% clean energy. Companies have already won over $50 Billion from taxpayer funds -- and more and more countries are still getting caught in the trap.

But finally there’s a plan to scrap it. Italy has already withdrawn, and now France, Spain and others are calling for the treaty to go. If we champion their call with a 1-million strong petition, it could fuel a major revolt at a critical negotiation next Tuesday. This is our chance to make sure no one is sued for acting on climate change.

-------
This joint petition is supported by a coalition of over 20 organisations, coordinated by CAN Europe.