We’ve never been more proud of our movement.

After Trump, Brexit, and Bolsonaro, Europe was supposed to be next in last weekend’s elections. The last reliably democratic global power, drowned in the fake news and hate of the far right.

To meet this historic threat, Avaaz exposed and forced the takedown of likely the largest disinformation networks EVER. Networks that were racking up 3 BILLION views a year of their poison in just six countries. Enough to reach every voter an average of twenty times!!

And because hateful extremists also count on low voter turnout, we launched inspirational calls to defend democracy and go vote that were seen over 100 million times across Europe just in the last few days before the election!

The result: The highest voter turnout in 25 years. The far right “surge” reduced to a ripple. The justice-loving social democrats and pro-EU center right remain by far the biggest parties, and there’s been a real surge of climate-saving Greens and passionately pro-EU liberal democrats, who now hold the balance of power in the new Europe!Our unprecedented win on disinformation made front page news across the world. And a Director-General of the EU Parliament, Jaume Duch Guillot, said "Avaaz has been a driving force helping the European Parliament mobilize people to vote in the 2019 election." Read on for the inside story of our efforts in this election season, from Spain to Silicon Valley. This was an effort powered by 80,000 Avaaz donors, another 80,000 volunteers, and nearly 2 million members. And it helped shape history. Thank you!!!We’ve never been more proud, of all of us. 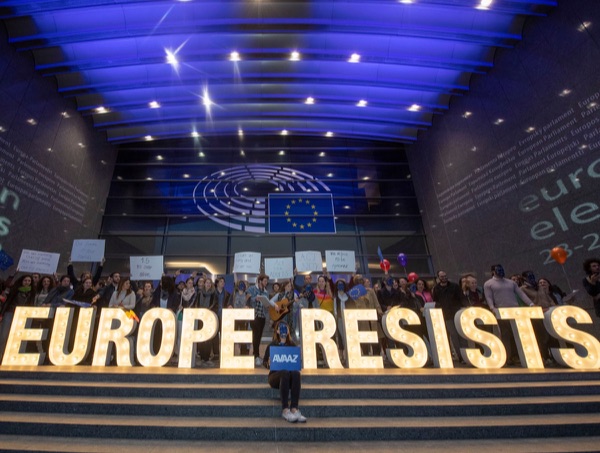 Taking down the far-right's most powerful weapon

Disinformation is a democracy-killer, the far-right’s secret weapon. Wherever they’ve won, they’ve flooded social media with fake news and toxic lies. The only way to really stop it is for powerful governments to pressure or regulate Facebook and YouTube to clean up the poison. But there was only one global power left that hadn’t fallen to disinformation-driven leaders. Europe. If Europe fell, it would be hard to hope for democracy.So we launched an audacious plan -- building an entire team of highly skilled ‘Elves’ to take on the trolls by investigating disinformation, and getting it taken down. Page by Page. Fake account by fake account. Tens of thousands of us donated to make it a reality, and over 80,000 Avaazers volunteered to help. Nothing like it had ever been tried!

Working from a war room in Brussels our team of 30 uncovered what 30,000 Facebook monitors had missed -- a massive web of disinformation networks churning out toxic lies in the heart of Europe. We sent over 700 pages of detailed investigation results to Facebook, showing how these networks operate, coordinate, use fake accounts and mislead people. And we didn’t just find them. We shut them down! In Spain, Italy, Poland, the Netherlands, the UK, France and Germany. Everywhere we looked, we had impact. In total, Facebook took down networks that were racking up 3 BILLION (!!!!) views in a single year!! Enough to reach every single voter over twenty times!

"I haven't seen any of the other fact-checking or disinformation monitoring groups have anything like the impact." - Facebook Insider

By the end, top EU politicians, journalists and security experts were coming to our war room every single day for information and briefings, and Facebook publicly thanked us. Avaaz is now the epicenter of global efforts to combat disinformation.

And our work made headline news all over the world, from the top story on The Guardian, to the front page of the New York Times, to Le Monde, der Spiegel, and El Mundo -- warning hundreds of millions of Europeans of the disinformation threat just before the elections. Just look at the coverage!

Getting a Record Voter Turnout!

But that wasn’t all. The far right knew their best hope lay in low turnout. So one of the aims of disinformation is to destroy trust in institutions, leaders and democracy -- and put millions off voting.

So we launched the biggest get out the vote operation in Avaaz history, deploying a team of outstanding creatives to flood social media across the continent with one hopeful message: Vote to save Europe.

Our videos and images were so inspiring and popular that celebrities, hundreds of civil society groups, MEPs, and even the Spanish government shared them! Thanks in part to amazing online ads paid for by small donations from Avaaz members our content was seen by Europeans over 100 million times in the run up to the election -- everywhere from Facebook and Google to Youtube, Instagram and Snapchat. Check the examples below!


Meanwhile, our team hit the phones, encouraging massive organisations like Spotify to use their reach to encourage people to vote. Spotify has 70 million users across Europe!

And it worked! Turnout in the elections was the highest it’s been in 25 years!! And new voters overwhelmingly backed pro-European, progressive parties, who will bring bold new ideas to European decision-making.

"Avaaz has been a driving force in helping the European Parliament mobilise people to vote at the 2019 European Elections. We succeeded in this together and increased the number of people who cast their vote for the very first time. This is what democracy is all about – thank you Avaaz!" - Jaume Duch Guillot, Director-General for Communication for the European Parliament

The campaign wasn’t just in Europe -- we took our message to Silicon Valley too.

We championed an effective and simple solution to the fake news crisis that platforms could adopt tomorrow: Correct the Record. The idea is that every single person who see fake news is told about it, and given verified, fact-checked corrections right in their news feed. When we came up with it, TIME Magazine called it a ‘radical new proposal that could curb fake news on social media’. Now it’s being tested by some of the biggest social networks on the planet.

And we took brave survivors of disinformation from Burma, Finland and the US to meet top executives at Twitter, Facebook, Google and Youtube. When they told their stories, they brought tears to the eyes of the big tech leaders. And a week later, Twitter banned the Burmese military chief responsible for spreading vile hate speech that helped drive massacres of thousands of Rohingya people! 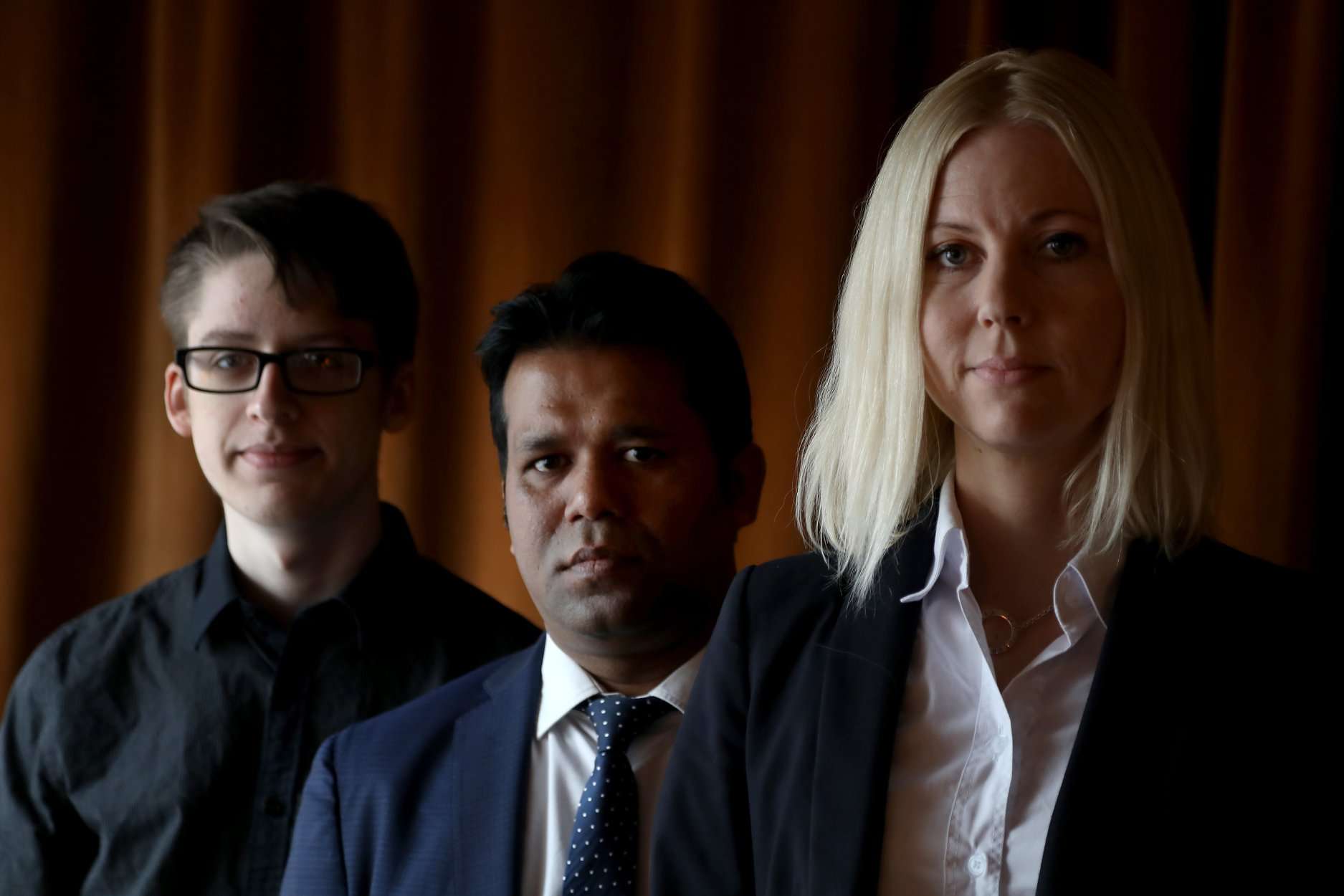 "The meetings were very emotional. I could see in their faces the realisation they are not doing enough. Eventually justice was done. This would not have not been possible without Avaaz. Thank you!" - Tun Khin, Rohingya disinformation survivor

And the result of all this?

Europe is safe!! The far right rose a bit, but they're still a fringe with no power. The progressive social democrats and pro-EU center right parties remain the largest ones, and climate-saving Greens and pro-European liberal democrats have surged into being new power-players! Far from crumbling, Europe will be stronger and better than ever for the next 5 years. And that is huge for humanity, on everything from climate change to biodiversity to human rights to cleaning up social media.

And voter turnout was the highest in 25 years!! This is a BIG deal, because the far-right wants to portray the European Union as a project of elites and technocrats, but this election removes all doubt: it's a People's Europe now.

This election was the result of a symphony of humanity of millions of citizens, leaders, parties, and civic groups who rallied to defend the values most of us hold dear.

And we can make this a tipping point. Because out of our greatest crises, our greatest progress can emerge. The Universal Declaration of Human Rights rose from the ashes of World War II. In South Africa, the brutality of apartheid gave rise to the most visionary national healing process ever seen.

And now, from the crisis of global Trumpism, a new future is emerging. A future where people come together to defend and renew our democracies. To face down the lies. To choose love over hate. It’s a future our movement is shaping. And what happens next, will depend on all of us.

With fierce gratitude and pride for all that we have done together,

PS: Want more detail? Check out how many people these networks are estimated to have reached over a year! This is just some of what we got done across Europe: