We global citizens are deeply concerned by scientists warning that ecosystems critical to sustaining life on Earth could collapse in our lifetimes. We call on you to meet existing targets to protect biodiversity, forge a new agreement so that at least 50% of our lands and oceans are protected and restored, and ensure our planet is completely sustainably managed. This must take into consideration the needs of human development and have the active support of indigenous peoples. This long-term goal for nature can restore harmony with our home. 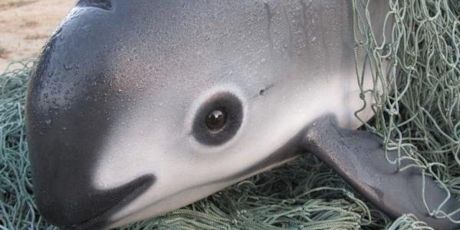 We just found out that vaquitas -- the super-cute "mini-dolphins" that live off the coast of Mexico -- probably won't survive. We've been fighting for them, but there are now only 12 left, down from 30 last year!

It’s not just the vaquitas that are being driven into oblivion. A sixth mass extinction is currently underway and humans are almost entirely to blame. Almost two-thirds of wild animals have disappeared in the last 50 years!

Scientists say the solution is to protect half the planet, letting nature recover and restore itself -- but our governments are dragging their feet because this crisis, and its solution, isn't at the top of headlines!

But we have a small window to change that: a key nature summit is happening RIGHT NOW in Montreal, where our governments will discuss the course of protection for the next 30 years! Sign the global campaign for nature -- Avaaz will take our message to the summit and tell the story we need our leaders to hear.