Sexwale: Give Soccer Apartheid in Palestine the Red Card

To Tokyo Sexwale, Chairman of the Investigation Delegation to Palestine-Israel:

As citizens of Palestine and South Africa, impassioned by the cause of the Palestinian people to live free from Israel’s illegal occupation, we ask you to provide FIFA with fair recommendations to evict settlement teams from FIFA. Recognising the settlement football teams would legitimise the illegal occupation, the apartheid Palestinians are facing, and trample international law. So as an avid fighter against discrimination and racism, and we stand with you and respectfully call on you to ban the football clubs and take a courageous stand against the occupation. 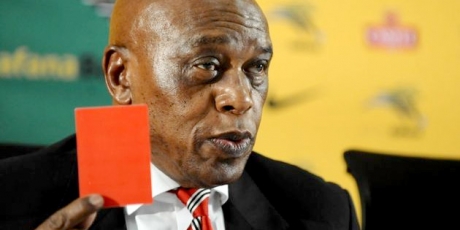 The critical battle for a free Palestine has swept onto the soccer pitch -- and one South African could finally give Israel’s illegal occupation the relegation it deserves.

Israel has set up five soccer teams in West Bank settlements, a part of Palestine that Israel is occupying and colonising illegally. Tokyo Sexwale has been tasked by FIFA to investigate these teams and make a call on whether they continue as part of Israel's Football Federation. Recognising them would legitimise the illegal occupation, the apartheid Palestinians face, and trample international law.

So there’s only one option: Sexwale must ban the clubs, honouring FIFA’s own regulations, and giving Israel’s illegal occupation the red card it deserves. Sexwale is traveling to Palestine in 48 hours, so there’s no time to lose -- let’s give him the courage he needs to stand up to soccer apartheid and kick the illegal clubs out of FIFA! Sign now.