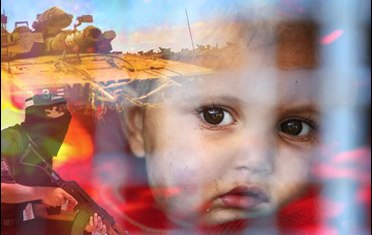 UPDATE: After over 1400 Palestinians have been killed and over 5000 wounded alongside 13 Israelis, Israel and Hamas have agreed a brief cessation of violence and the army withdrawing. We still need to urgently demand a proper, comprehensive and internationally-guaranteed ceasefire which makes sure this terrible violence will not be repeated. Much of Gaza lies in ruins and its people are still blockaded - a brief end to the shooting will not protect civilians or provide any basis for peace.

Join over half a million voices for peace and justice -- sign the petition now to call for robust international action to ensure and oversee a fair and lasting ceasefire deal in Gaza, re-opening the borders and crossings under proper supervision, ending the blockade of Gaza's 1.5 million civilians and guarding against attacks by either side -- we will send it to international powers who are right now taking decisions that will determine whether Gaza has a future: