We, people from all around the world, call on Google Maps to show the Annexation Wall in East Jerusalem and the West Bank, as well as all the checkpoints throughout Palestine, immediately. Not doing so puts people's lives at risk and hides the unjust reality on the ground. Google's motto is "Don't be evil", but by providing an inaccurate and distorted map service, Google is not fulfilling its ethical responsibility to its users. 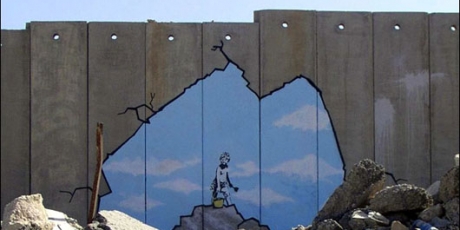 Google Maps does not accurately or completely show the illegal, electrified and weaponized wall and the hundreds of checkpoints that restrict people’s freedom of movement in East Jerusalem, the West Bank and Gaza.

Google’s motto is “Don’t be evil”, yet by distorting reality in the West Bank and Gaza, and only showing the routes available to the Israeli army and illegal settlers, Google is providing a partial service that goes against its key values. It should show the world as it is.

Google cares about being respected as a corporation. That’s why if enough of us come together and call on Google to #ShowTheWall, we can ensure this issue becomes a priority and Google acts fast to provide an honest and safe service to everyone living in Israel and Palestine.

Israel’s Wall, the largest infrastructure project in Israel's history is not visible on Google Maps. The Wall, which is 280 miles (450km) in length, is not a temporary fence but a permanent structure and omitting it from Google Maps constitutes a clear misrepresentation of the area and could result in people's lives being put in danger's way.

Most of the barrier comprises a set of 2-metre-high, electrified barbed-wire fences with vehicle-barrier trenches and a 60-metre-wide exclusion zone. In more densely populated urban areas, particularly around Jerusalem, Israel built a concrete wall to the height of 8 metres, almost twice as high as the Berlin wall. The United Nations' International Court of Justice has ruled that the wall is illegal because it is built on Palestinian land and violates people’s basic human rights.

Please sign this petition to tell Google that not showing the wall is unacceptable and undermines the efforts of millions of people who are campaigning for a lasting peace in Israel and Palestine.

Remember to share this petition on social media and thank you for your support.