Harperman -- the video they don't want you to see

To Environment Canada, and the Government of Canada:

As citizens concerned about free speech, we demand that you immediately reinstate Tony Turner and call-off all investigations. Civil servants -- like the rest of us -- have a right to free expression. They shouldn't be punished for using it. 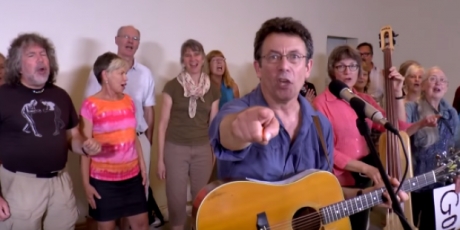 ----------
Environment Canada scientist Tony Turner wrote a political protest song about Stephen Harper – and now he’s been put on leave and is being investigated by the government!

They want to silence free speech and stop the song, “Harperman”, from reaching a bigger audience…but it’s about to backfire big time. Because if all Avaaz members watch the video on the following page, it will be seen by 3% of Canada – if we all share it with just one other person, 6% of Canada, and so on.

Let’s make this viral and timely video a political nightmare for a government trying to silence critics. Help make this huge by signing the petition demanding Tony be reinstated immediately – then help "Harperman" take-off across the country by sharing on Facebook, and everywhere else.