To the Hong Kong Legislative Council:

We urge you to immediately ban the sale, import and export of worked and raw ivory. The survival of the world’s remaining wild elephants depends on shutting down Hong Kong’s massive ivory market immediately! 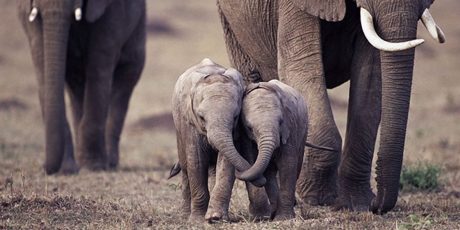 The biggest ivory bust in decades happened recently in Hong Kong. 1000 elephants were murdered for one shipment(!), only to end up as little trinkets on people’s bookshelves!

Hong Kong is like ivory island -- home to a booming trade in their butchered body parts. As long as it’s legal, more and more beautiful elephants will be slaughtered. At this rate, they could literally be wiped out in our lifetime.

The Hong Kong government wants to ban this awful trade, but industry lobbyists are making it a nightmare. Our massive community can drown out their baseless arguments, give the government the backing they need, and save thousands more elephants from death, but it will take each one of us to make it big enough.

There's just days until the vote! Let's build a mega-petition to save the elephants, then Avaaz will hit Hong Kong with ads, target politicians with advocacy, and stir up a media frenzy. Add your name and share widely -- let's shut down ivory island!