To prosecutors across the world:

We call on you to immediately open investigations into Trump, his associates and organisations, and the nature of their dealings all over the world. We need to help uncover the truth -- and to cooperate to the extent possible with US Special prosecutor Robert Mueller to ensure all information is brought to light. 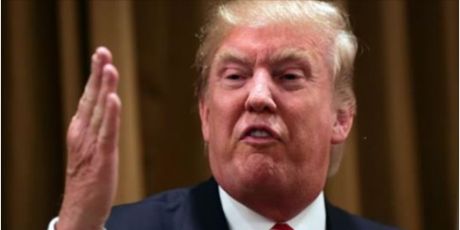 He put children into cages, pulled out of the Paris climate deal, and could launch a nuclear war any day with the tip of his finger.

But the worst thing about Trump might be the giant web of corruption that’s fueled his power. A bombshell New York Times report has just exposed how his family built an empire off tax dodging and outright fraud -- and it’s just the tip of the iceberg.

Investigations in the UK, Netherlands, and Canada have brought to light other potentially massive scandals involving Trump, his family, or his organisations. But prosecutors aren’t moving, possibly afraid of the furious response from Trump himself. If they did, their findings could fuel the US investigations, and give Congress evidence of Trump’s widespread corruption.

But in order to move, these prosecutors need an unprecedented public push. Sign now, and once we reach 1 million, we will make them famous in their respective countries with ad campaigns, news stories and actions outside their offices.