Right now, members across the world are setting the course for where Avaaz and global people power should go next!

Inital poll results are displayed below. Click on a box to view result details. Click here to take the poll.

To donate now to support our work in 2012, scroll down and use the secure form below! When we work together, anything is possible.

Members were asked to rank these issues in order of priority from 1-9. The chart reflects the percentage of respondents who ranked these issues as 1st or 2nd priority.

Climate change and the environment 67.68%

Members were asked to choose their campaign priorities. The chart shows a culled down short list with percentages of members who felt "very strongly" that we should campaign on this issue.

Support the Occupy movement and challenge corporate capture of our democracies 62.16%

Protect our oceans and biodiversity 56.94%

Regulate agribusiness and the food industry 50.02%

Press China to play a responsible international role and repression in Tibet 43.86%

Go political, getting inside political parties to change the system 92.01% 53.40%

Build a larger, powerful base of sustainers to provide the funding to power our vision 98.90% 54.05%

How members feel about Avaaz « Back

Avaaz is awesome — together we can really change the world!

Avaaz is great — our community does inspiring work

Avaaz is good — I'm happy to support it

Avaaz is OK — not sur about how good it is

How good a job Avaaz is doing « Back

How Avaaz should use this poll « Back

Use this poll as a guide, but continue to stay nimble and react to world event

Regard this poll just as input, and continue to make decision on a purely nimble basis

Should Avaaz expand our staff to significantly improve our impact? « Back

No, I think Avaaz should keep the team as its current size

Avaaz is the best gift to give people who have just been liberated from dictatorship. Fares, Syria

The world is at approaching a tipping point - the old model is failing - Avaaz can help create a new global order where people take back responsibility and control from faceless governments.Frank, South Africa

You are doing a tremendous job, and you were able to awaken the world. You have initiated a form global revolution. Stay the course, good luck, and congratulations again!Joëlle, France

I'm thrilled to know a movement so big and so important exists in our times. Avaaz does a great job and you can be proud of that. I wish you the best of luck. Antonio, Colombia

All our lives are busy, yet we want the world a better place for everyone especially our children. It is difficult day to day to act on a global level to effect change for the good, and I commend your organization for making it easy and quick for our voices to be heard. Keep up the good work!Jennifer, Canada

This movement is the best thing that happened to the Earth and humanity in a long time. A breath of hope! Thank you!Antoine, France

I think this poll is full of good wishes and portrays the general problems of our society. Good timing! Manuel, España

Keep fighting and don't stop! Unity makes the force of the people and the more of us the join, the more battles we can take on! Javier Bianchi, Argentina

It is important that Avaaz stays focused on major issues, for example, climate change and the struggle against the current economic ideology - these are the issues that can change the world. Expanding too quickly without the networks - resources to support actions can reduce impact of the campaigns. Jenny, South Africa

I love the work Avaaz does! I definitely join all actions because someone has to change the system we live in! I would also love for Avaaz to do campaigns at a local level because there are many people who don't have access to Internet and I believe that making people participate at the local level allows us to go further and make the changes we win more stable throughout time. I think it’s very important for Avaaz to maintain a self-managed work, and focused on the environment. At the end of the day, men can defend themselves, but plants and animals cannot. Shady Heredia, Ecuador

If people get together in their communities to talk about what needs fixing, you could have a core volunteer base in a lot of places.

A suggestion for defining the aim of Avaaz and the democratic movement: To nurture an environment in which all people are free to meet their human needs in a healthy and balanced way. Douglas, United Kingdom

I’ve wanted to engage in the actions you have done in Mexico, but I don’t know how to do this. Hello Avaaz, an important group that goes against the inertia of the dominant ideology in society. Thank you for existing as a space for reflection and action. Luz Garibay Cano, Mexico

Make sure we are accurate. nothing kills movement as campaign that is not based on 100% correct facts. Mark, USA

Please campaign on the formula 1 issue again in 2012. Baseem, Bahrain

Keep on going i am with you! Thomas, Austria

You do a brilliant, innovative and essential job to reach such noble goals! I feel proud to be part of this community. Don't stop no matter what! The world needs to be heard, and you are the voices that the media obscurely hides. We count on you to win new challenges -- and it seems they will be hard challenges this year! A big hug!!! João, Brazil

Fantastic, truely inspiring ideas. Keep up the fab work. I look forward to connecting more closely with other Avaaz members in the future. Anna, United Kingdom

Keep up the good work! I love you guys and what you do. ♥ Marie, Sweden

Avaaz is better than amazing. Avaaz is freedom!Faisal, Saudi Arabia

So few people are capable of mobilizing and do some much change, so always think of the responsibility that you have on other people's lives and forget eventual personal benefits that come up. The true benefit will be recongnized afterwards, in a scale that not even the Avaaz team might be able to understand right now. Congratulations.Carlos, Brazil

help save animals from being tortured, killed, abused all over the world... Pamela, USA

Avaaz gives me the hope that a better world is possible. This is vital and keeps me strong in striving, with common sense, for a better world myselve in my own community. Thank you Avaaz!! Sofie, Netherlands

Thanks for your work. Often you are the only way we can be aware of things happening even close to us but that the media hides or ignores. A fraternal hug from Buenos Aires. Eugenia Andreani, Argentina

If people get together in their communities to talk about what needs fixing, you could have a core volunteer base in a lot of places. Kathleen, Canada

Be radical, go to the root of the problems! Albert, Norway

Lets go forward with transparency and integrity. I have great hope in this movement and wouldn't like corruption to strike it. Thanks for your efforts and I admire Avaaz and feel proud of being part of this movement. Larissa, Costa Rica

It means a lot to me to feel like I am making a difference if even only a small part in a larger machine. You inspire me!!!Kien, USA

I admire you and am proud of you campaigners! I would like to be more active, more involved and I think I'll increasingly get involved for another world! CONGRATS Rachid, France 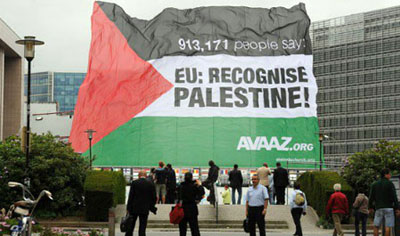 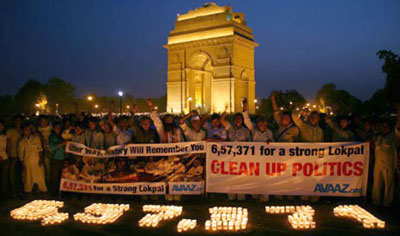 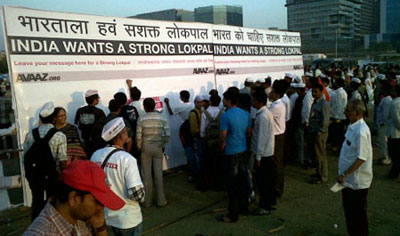 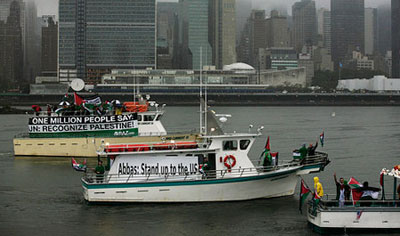 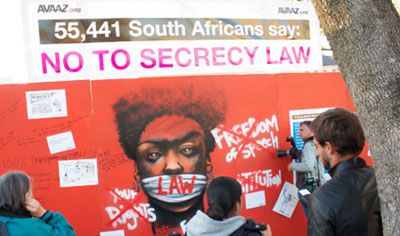 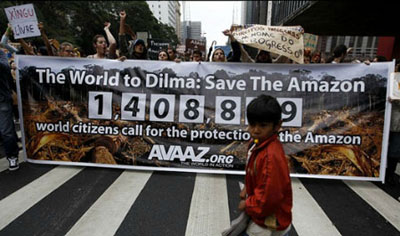 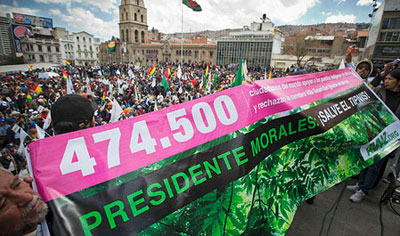 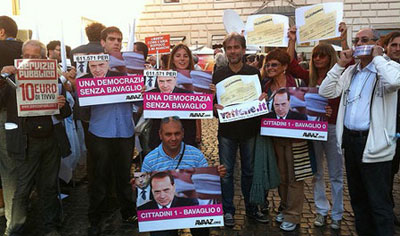 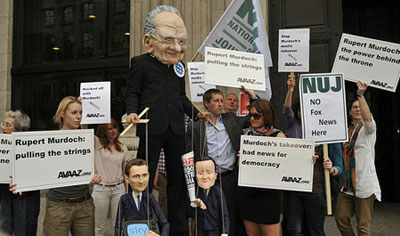 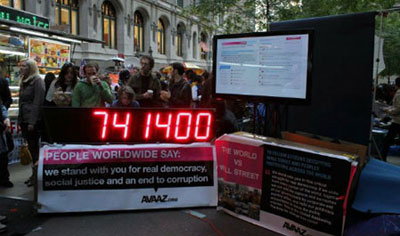 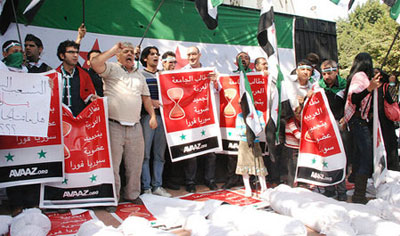 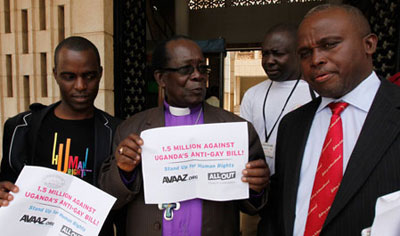 Avaaz is an independent, not-for-profit global campaign network that works to ensure that the views and values of the world's people inform global decision-making. Avaaz relies entirely on small donations and receives no money from governments or corporations. Our tiny, high-skilled online team ensures even the smallest contributions go a long way.

What we do works -- donate now using this secure form! (and consider making your contribution weekly -- it will help sustain Avaaz's work all year.)