As concerned global citizens, we call on you to do more to protect vulnerable women and children. We welcome your government’s initial intervention in the case of the 15-year-old rape victim, but real justice will only be delivered when you end the practice of flogging in the Maldives, and change the law so that it better protects the victims of rape and sexual abuse. 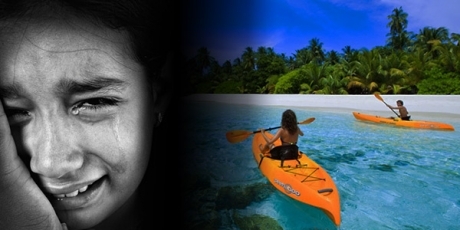 It's hard to believe, but a 15-year-old rape survivor has been sentenced to be whipped 100 times in public! Let's put an end to this lunacy by hitting the Maldives government where it hurts: the tourism industry.

The girl's stepfather is accused of raping her for years and murdering the baby she bore. Now the court says she must be flogged for “sex outside marriage” with a man who has not even been named! President Waheed of the Maldives is already feeling global pressure on this, and we can force him to save this girl and change the law to spare other victims this cruel fate. This is how we can end the War on Women – by standing up every time an outrage like this happens.

Tourism is the big earner for the Maldives elite, including government ministers. Let's build a million-strong petition to President Waheed this week, then threaten the islands' reputation through hard-hitting ads in travel magazines and online until he steps in to save her and abolish this outrageous law. Sign now and share this with everyone!