To the leaders of all UN member states:

We urge you to endorse the legitimate bid for recognition of the state of Palestine and the reaffirmation of the rights of the Palestinian people. It is time to turn the tide on decades of failed peace talks, end the occupation and move towards peace based on two states. 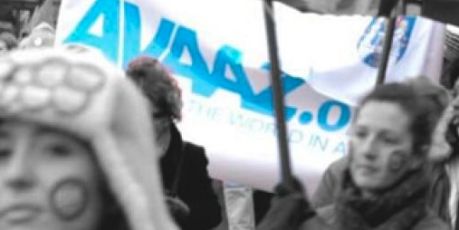 Update: August 23 2011
In 48 hours, the UN Security Council will meet again to discuss Palestine's bid to become the 194th country. Already 700,000 of us have joined the campaign. But we need more of us to shift key countries to vote in favour.

Watch the video, sign the petition and send this page to everyone -- let's get 1 million signers now!

Update: August 17 2011
In days, the UN Security Council will meet again to discuss whether Palestine should become a new state. But key countries are still unsure how to vote.

Our campaign for Palestinian independence is on fire, and our voices are reaching leaders. But we need to ramp up the pressure and many people don't feel they understand the situation well enough to take action. Avaaz has made a short new video that tells the real story of the conflict.

If enough people see the video and sign the petition, especially in key European countries whose support is critical, we can create a tidal wave of pressure and influence the UN vote. Watch the video, then share it with everyone -- let's make this campaign 1 million strong!

Original message
The world has an opportunity to embrace a new proposal that could turn the tide on decades of failed Israeli-Palestinian peace talks when the United Nations General Assembly convenes in September: UN recognition of the state of Palestine.

Over 120 nations from the Middle East, Africa, Asia, and Latin America have already endorsed this initiative, but Israel's right-wing government and the US vehemently oppose it. Europe is still undecided, but a massive public push now could tip key countries to vote for this momentous opportunity to end the occupation.

US-led peace initiatives have failed for decades, while Israel has confined the Palestinian people, confiscated their lands and blocked Palestine from becoming a sovereign political entity. This bold new initiative could be a game changer, but Europe must take the lead. Let’s build a massive global call for key European leaders to endorse this statehood bid now, and make clear that citizens across the world support this legitimate, non-violent, diplomatic proposal. Sign the petition and send this to everyone!