Stop Trump's marriage made in hell

To EU Competition Commissioner Vestager, the US Head of Antitrust Division, and other regulators:

As citizens from around the world concerned about our food and farming, we call on you to stop mergers between large agricultural mega-corporations. The proposed Bayer-Monsanto, Dow-Dupont, and ChemChina-Syngenta mergers are each anticompetitive, not in the public interest, and will not serve the public good. Your action now can protect our food, our farming, our ecosystems and our health. 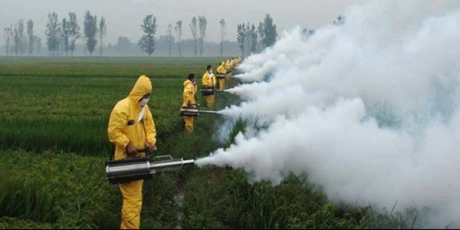 This is urgent! Trump is ready to bless a merger between chemical giants Monsanto and Bayer to create a $100 billion agribusiness beast designed to dominate our earth's food system.

It's not only bad business to allow one company to grow this huge, it's against the law. And two little known regulators in the US and Europe can stop the deal. The problem is they're being pounded by lobbying from two of the world’s most powerful corporations and a President hell-bent on seeing the deal succeed.

Only a massive movement like ours can counter the assault.

We beat Monsanto twice last year in exactly this way, but this time we need unprecedented numbers to show the regulators people everywhere want to stop a megaplan backed by President Trump. Add your name.