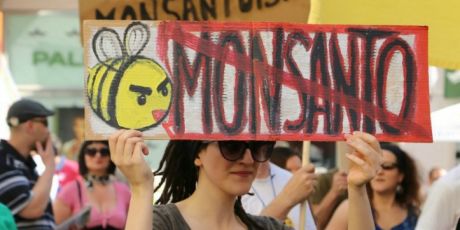 I'm sitting here with a sinking feeling in my chest. Looking at a 168-page court subpoena I just received.

It's from Monsanto's lawyers, under authority of a US judge, and it "commands" us to hand over pretty much every single private email, document, note, chat, or anything else that any Avaaz staffer has ever written or done on our campaigns to ban Monsanto's key herbicide, glyphosate.

This is big. Monsanto is a $50-billion megacorporation. Glyphosate is the cornerstone of their empire, and we've been the biggest opponent of it. They are infamous for legal strong-arm tactics to silence opponents. And now they're coming after Avaaz.

We urgently need to hire outstanding lawyers to go up against Monsanto's best -- even just fighting this subpoena will be costly.

But scaring people is what these guys do. So I'm going to turn that sinking feeling into determination. We're not backing down, because we're a movement of millions of people that just isn't afraid. Click to donate to help defend Avaaz, and let's send Monsanto a message: every time they come after us, they'll only make us stronger.

-- Ricken Patel and the Avaaz team