To members of the EU Parliament, and leaders of the UK, US, Canada, Germany, France, and all other countries that have arms deals with Saudi Arabia:

As concerned citizens from across the globe, we strongly urge you to suspend all arms deals with Saudi Arabia until they end their assaults in Yemen and begin a genuine peace process. With 119 violations of international humanitarian law documented in a recent UN report, it's unacceptable to look the other way when Saudi Arabia could be using weapons from our countries to indiscriminately bomb civilians. 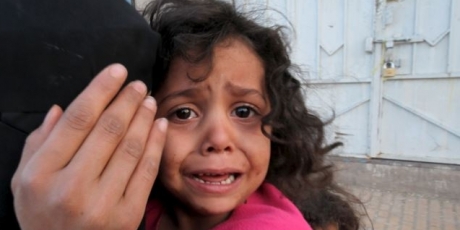 They bomb schools, hospitals, even wedding parties. What Saudi Arabia is doing in Yemen is disgusting -- and they’re doing it with weapons they buy from Europe, the US, and Canada. But in 24 hours we can do the unthinkable -- win a landmark decision that could stem the flow of weapons to the Saudis.

The European Parliament is hours away from having a proposed EU-wide arms embargo put to a vote -- but under heavy Saudi lobbying, some politicians are wavering.

Now more than ever, these leaders need to see that people from every corner of the Earth are looking to them to stand up and say “NO” to Saudi Arabia and their atrocities. Sign the urgent petition calling for an arms embargo -- let's show the EU champions overwhelming public support.