Ordinary residents of Greek islands and other volunteers have been on the front lines of Europe’s refugee crisis for months, opening up their hearts and homes to save hundreds of thousands fleeing war and terror. For their compassion and courage, for treating those in danger with humanity, and for setting an example for the rest of the world to follow, we citizens from around the world, nominate these brave women and men for a Nobel Peace Prize. 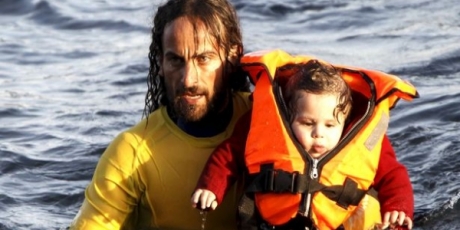 “We have to save the babies!” cried the fisherman from Lesvos island. Fighting in the freezing waters of the Aegean Sea, he gave life to dozens of tiny, gasping refugee children being washed up by the waves.

Despite being hit hard by the financial crisis, Greek islanders on the frontlines of the refugee crisishave opened their homes, shared their food, took care of the sick and dove into treacherous waters to save those fleeing war and terror.

Fishermen, housewives, pensioners, teachers whole communities are sending a powerful message to those who seek to divide us: We stand as one people, united above race and religion.

Now we have 24 hours to make this message heard around the world. A group of leading academics is preparing to nominate these heroes for the Nobel Peace Prize. If a millionof us join now, we can make it a truly people-powered nomination that will be hard to ignore.

Sign now to ask for the Nobel Peace Prize to be awarded to these unsung heroes and share this with everyone. All our signatures will be included in the official nomination sent to the Norwegian Committee.