We join the Palestinian people and invite you to visit occupied Palestine, and to meet the children in Israeli prisons. We believe you must not visit Israel on a trip sponsored by a racist government that has intensified the colonization of Palestine and has killed hundreds of innocent people. Palestinian families and community leaders are more than happy to show you the impacts of Israel's policies on day to day lives. 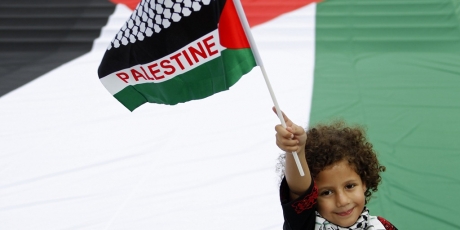 More than 500 Palestinian children are imprisoned by Israel right now and many of them endure terrible abuse like beatings and harassment. Most people around the world don’t know anything about their plight. But we have a rare opportunity to tell the world about Palestine’s imprisoned stars -- its children.

The Israeli government is offering a $55,000 trip to Israel for Oscar winners, trying to use celebrities' fame to whitewash its image in the eyes of the world. But if thousands of us invite the stars to visit Palestine as well to learn about our child prisoners, then we can make this the story and create a media storm in Hollywood.

The global media asking film stars if they'll accept our invitation to meet child prisoners and their families could be the tipping point that forces Israel to release our children.

We have no time to lose -- the Oscars are this weekend. Add your name to the invitation now, then send widely, to make this massive today.