We applaud you for promising to take action on honour killings. We urge you to immediately change the law to close the forgiveness loophole that protects perpetrators, and make sure they are brought to justice. We also urge you to launch a major public awareness campaign to curb these crimes against women and set up infrastructure that enables women to seek protection. 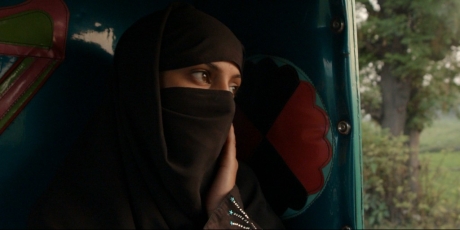 For marrying the man she loved, Saba’s own father shot her in the head, stuffed her in a bag, and dumped her in a river. Then he walked free because of a loophole in Pakistani law that allows men to commit so-called "honour killings". But, incredibly, Saba survived and she has created a ray of hope to finally stop these outrages! We have hours to help her.

Saba’s story is now an Oscar-nominated documentary, and it’s all over the news. In response, the Pakistani PM just promised to end these heinous crimes, and sources say he's instructed his daughter, Maryam, to be part of the reform process. But activists fear that the bill will only be passed if the Oscar buzz is massive and public pressure is sustained.

Let’s urgently get 1 million of us behind a reform bill before the Oscars today to ensure Saba’s story has the global spotlight, and then deliver it directly to the Prime Minister to help him push for a strong law. Sign and share with everyone, before we lose this moment.