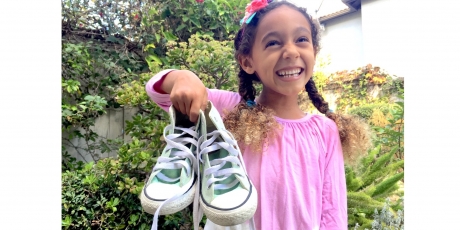 Upload an image holding up your shoes with a message of hope for our planet -- Avaaz will display them in Paris.

The French government has just announced that with security still a major concern in Paris, we’ll have to cancel our massive climate march there on November 29th.

This is heart-breaking for our Paris members, who have had enough heartbreak already, but hundreds of thousands will be marching all over the globe. And in Paris, people are donating their shoes to be lined up on the march route as a symbolic representation of their marching feet.

Let's all join them by sending thousands of photos of us with our shoes -- Avaaz will display our images in Paris to show Parisians they are not alone, and tell the world we all stand as one.

Use the tool on the right to upload an image with a message of hope to join the global virtual march now!