To the leaders and foreign ministers of Britain, Germany, Italy, Japan, India and all governments providing military support to Burma:

We are horrified by the brutal crackdown on the Rohingya people by Burma’s military. We call for an immediate suspension of financial and training support for Burma's military and government until the violence against this community is stopped, those responsible brought to justice, and the government begins a process to end the stateless limbo and religious scapegoating of these persecuted people. 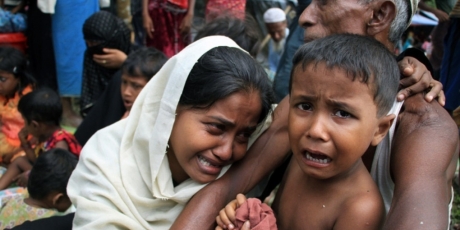 Very few had heard of Rwanda, until 800,000 people were dead. And right now in Burma, the Rohingya community is being hunted down by rampaging bands of soldiers hellbent on murder.

But here’s the craziest thing -- the military behind this massacre is supported by countries like Britain, Germany and Italy!

Burma's generals have spent years building these alliances. Let's demand our governments end their support until the slaughter is stopped -- when our call is huge we’ll take out ads in media at a major global summit in a few days!